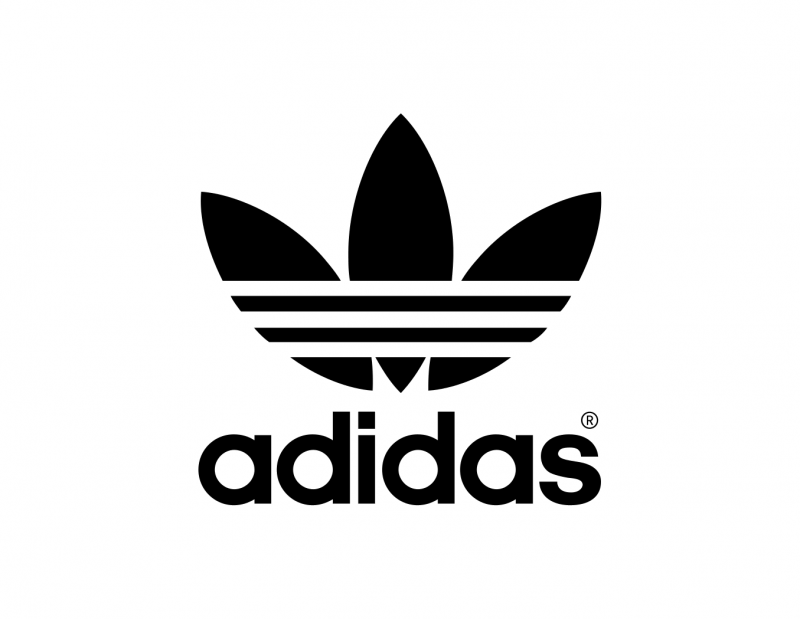 In Warsaw on  Chmielna street and Jaworzyńska street, we made murals promoting the Ozweego model for the Adidas brand. Painting one of them became an opportunity to create a unique animation.

In addition to the murals, we created an additional animation during his painting. This is not just making of, a film showing the work of artists, but a separate creation, intended for presentation in digital channels.

Individual frames of the animated mural were obtained by painting fragments of the painting.

In August, Adidas launched for sale Ozweego running shoes, modeled on the popular model in the 90s. It thus refers to nostalgia for the past era. We wanted to emphasize the uniqueness of the premiere, therefore, in addition to the advertising itself, we've created animations in the form of GIF, which will extend the reach and extend the duration of the campaign on social media.

Ozweego is a model introduced by Adidas in 1996. Its subsequent versions created until 2000 were very popular. In 2013, a limited version of this footwear model was prepared by Raf Simons, a Belgian fashion designer working for Christian Dior and Calvin Klein. In August 2019, Adidas introduced to the collection models modeled on Ozweego 3 from 1998, referring to the nostalgia of the 90s. 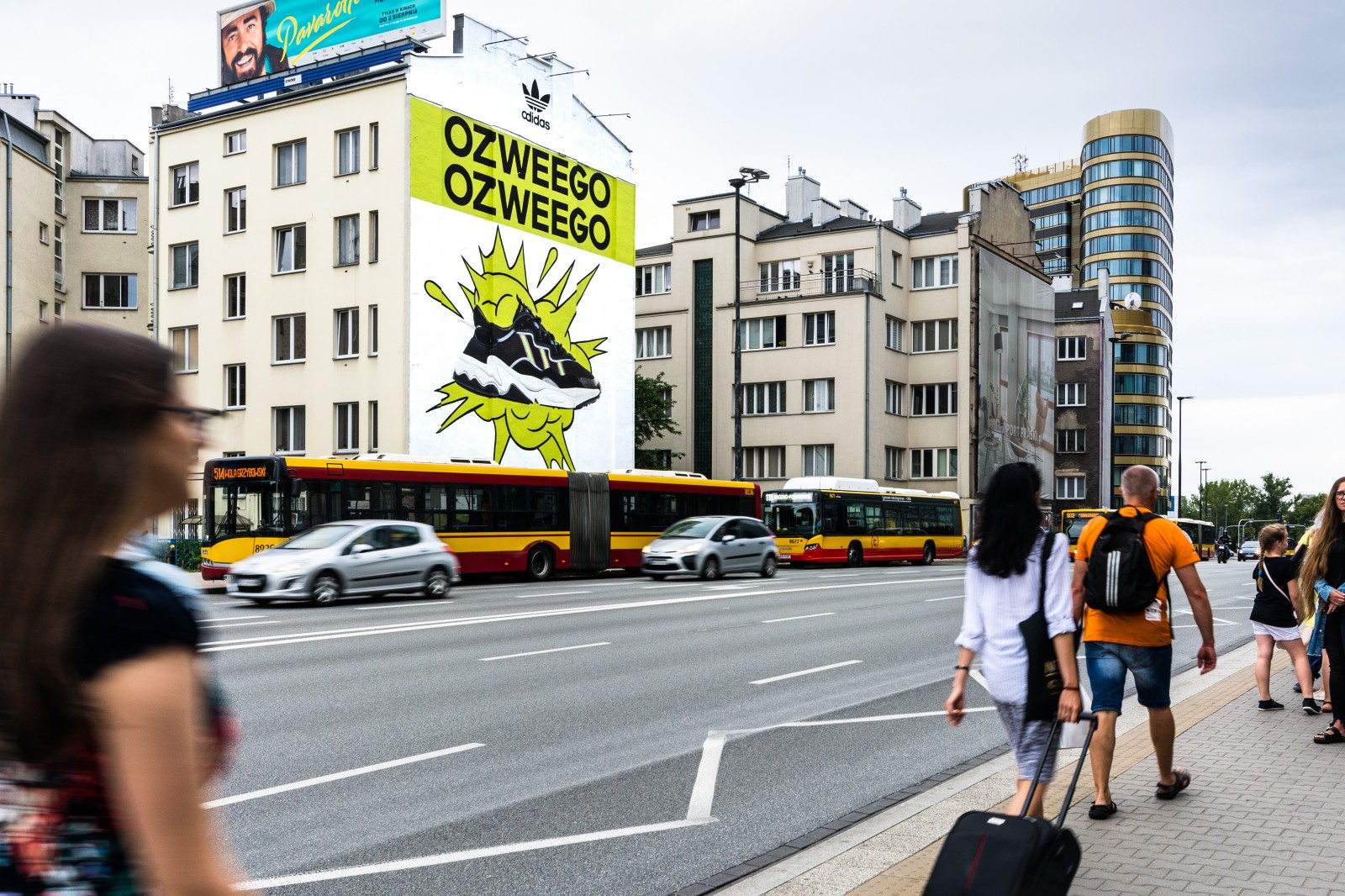 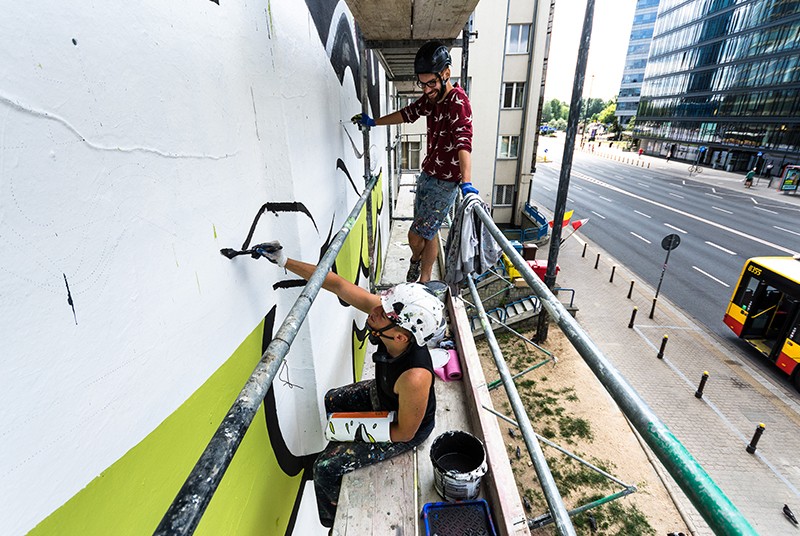 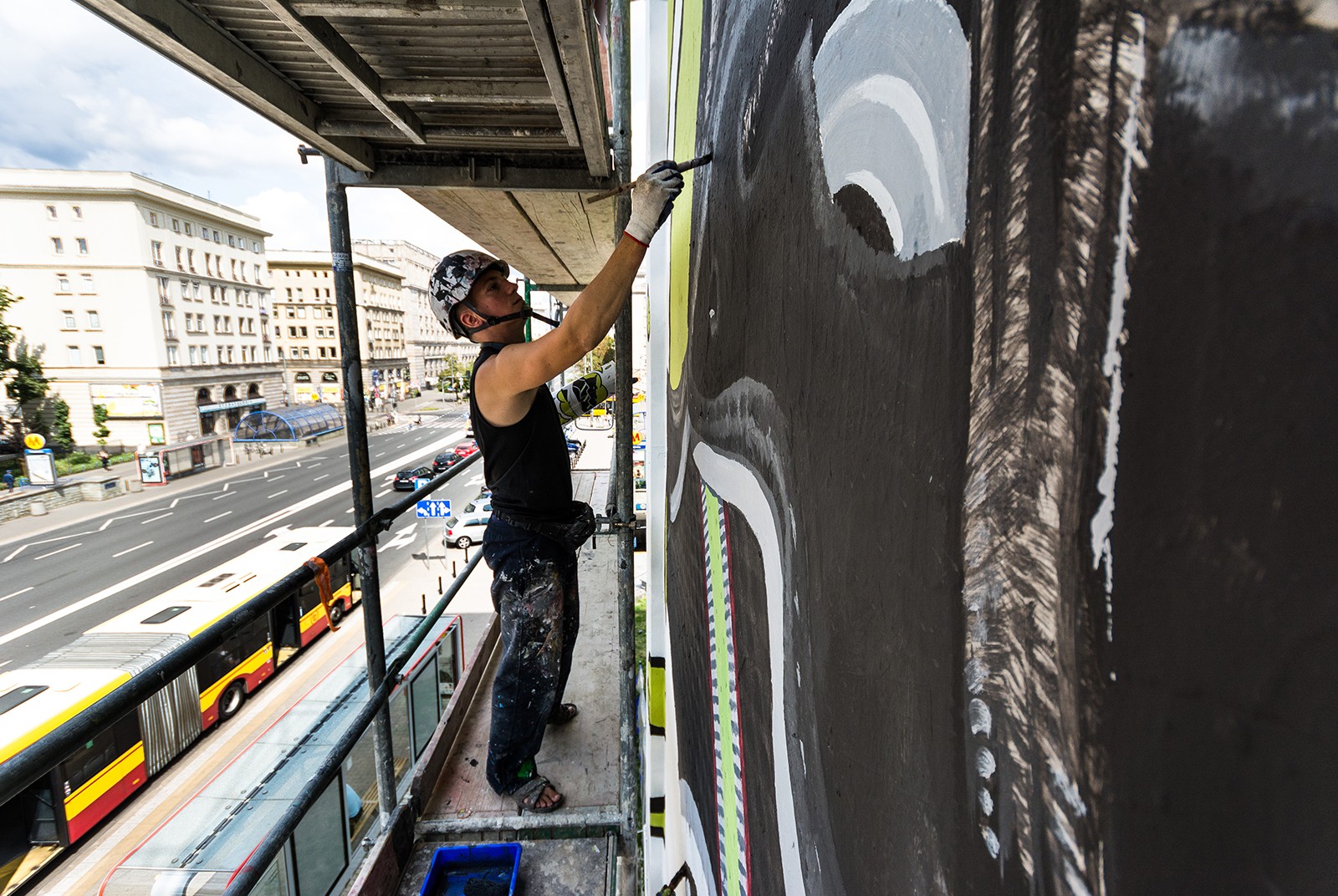 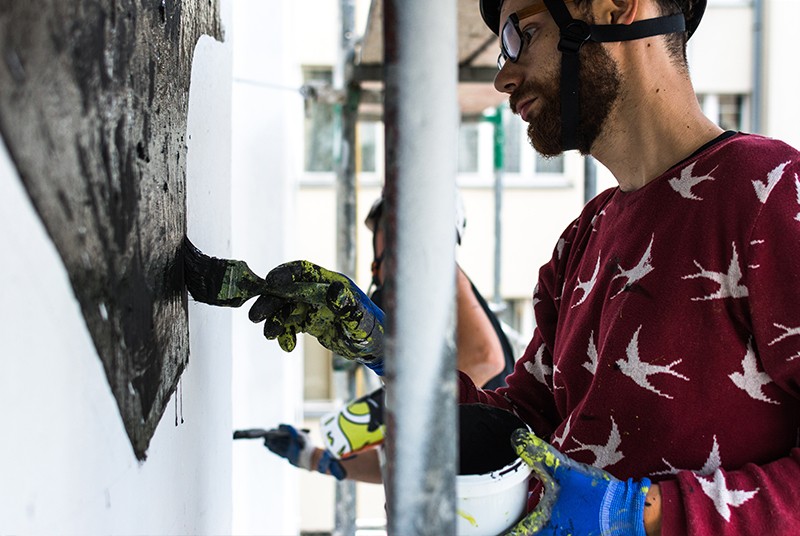 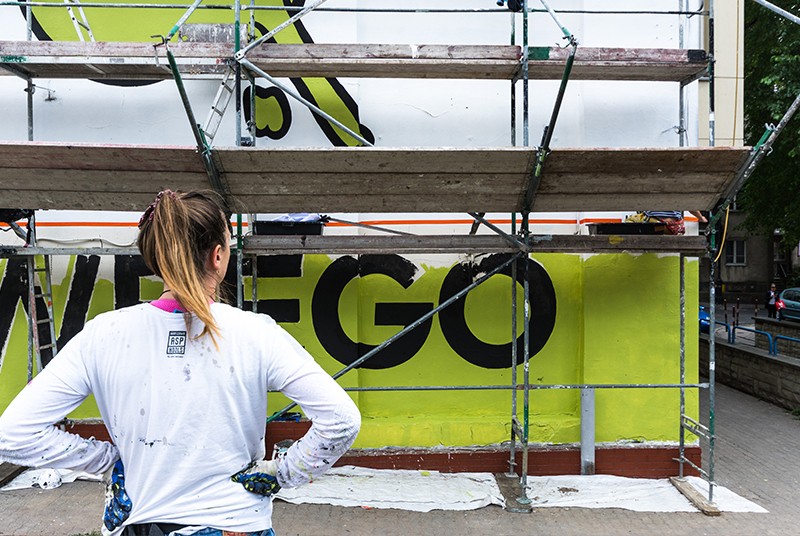 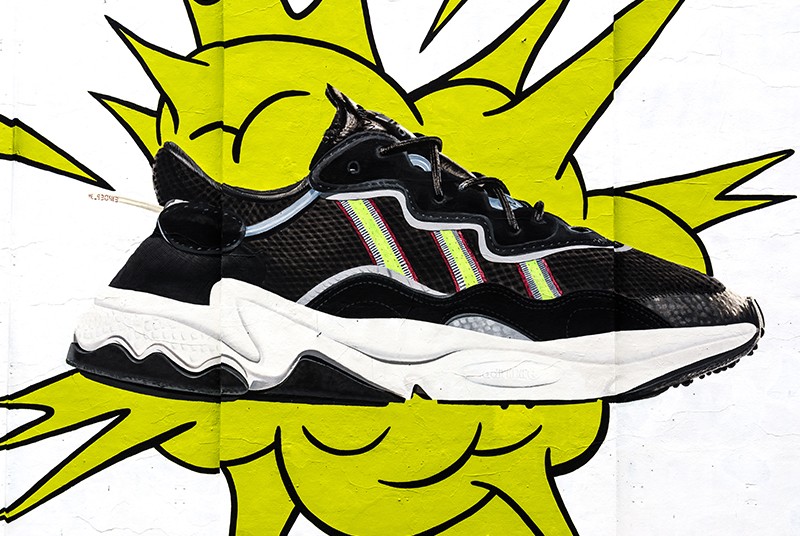 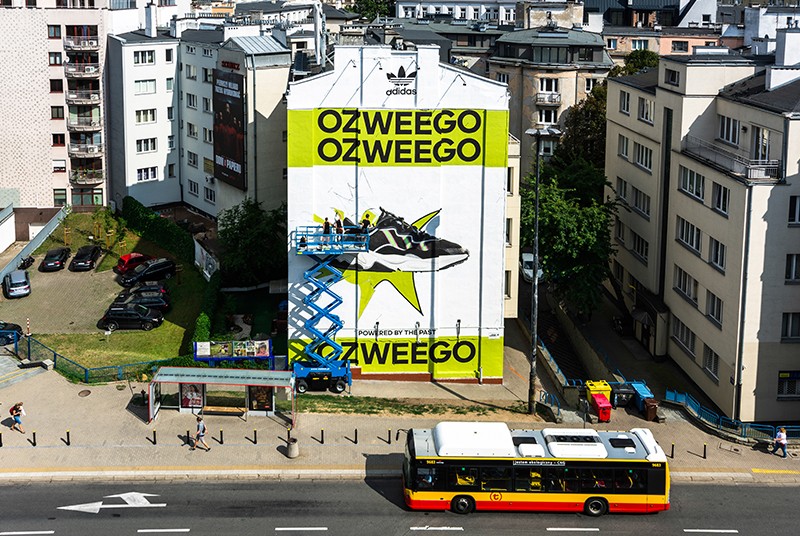 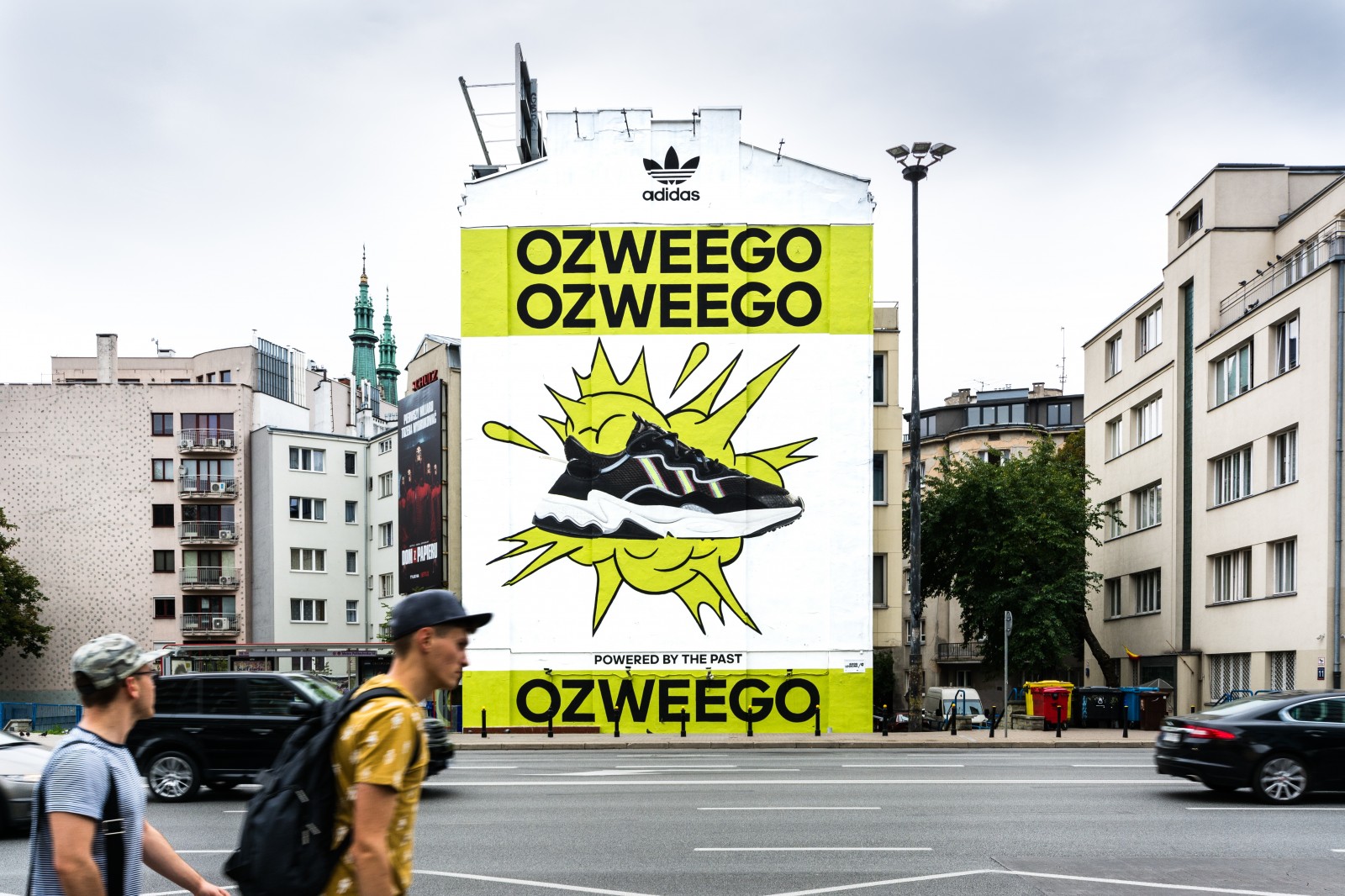