In September 2015, we ran a mural campaign in five Polish cities for the Tchibo brand, promoting their new product – the Black&White coffee.

The presentation of the murals in major cities was preceded by a nationwide contest on Tchibo’s fanpage. The contest was divided into two tours, each lasting a week. Internet users were tasked with describing their favorite moments with coffee. The prize for the most interesting description was a specially dedicated mural.

Based on the descriptions, our illustrators created unique graphics which we painted on some of the most traffic-busy walls in Warsaw, Gdańsk, Poznań, Wrocław and Katowice.

In total, we created 12 mural presentations illustrating the most appealing situations related to drinking coffee.

With to the engagement of social media, the campaign made a presence not only in city space, but also reached a wide group of internet users, whose involvement gave them an opportunity to participate in the creation of the mural. 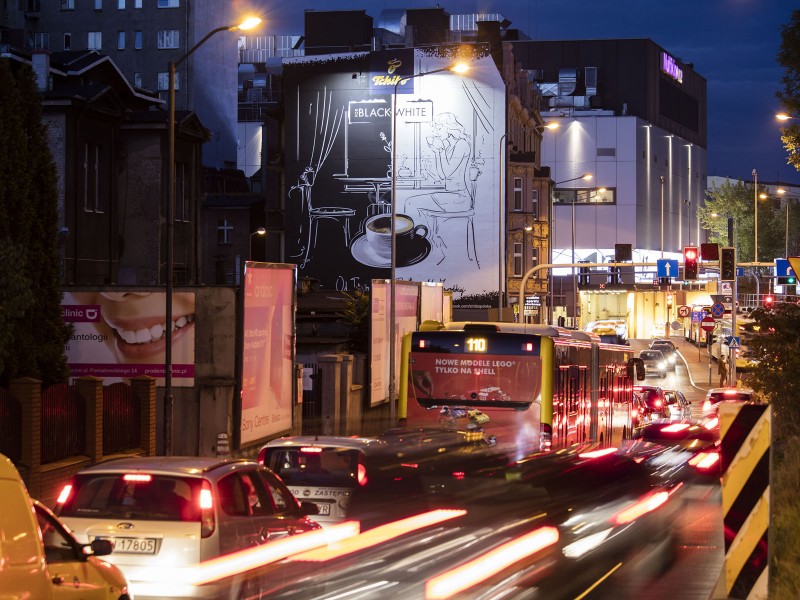 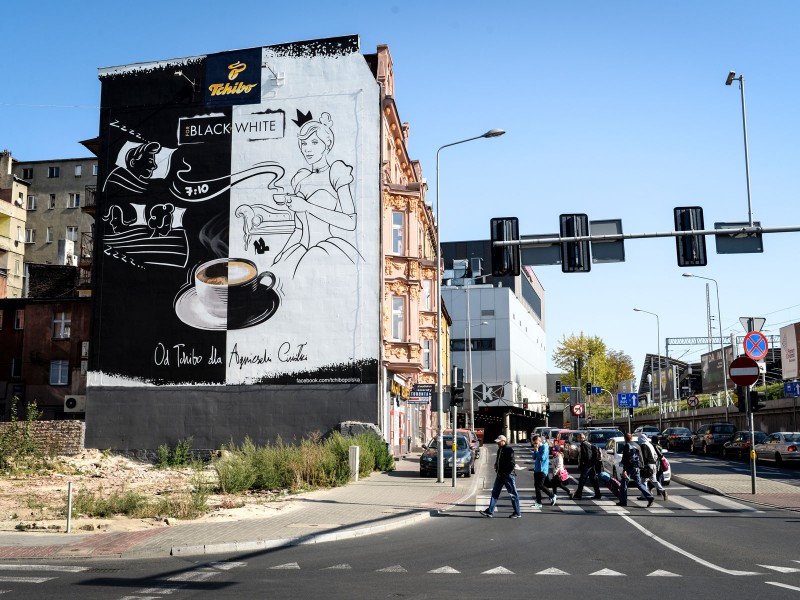 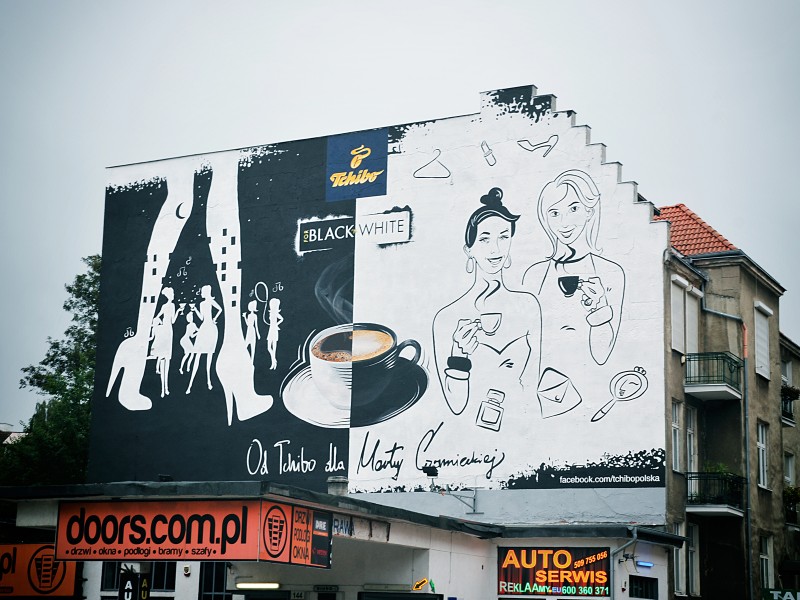 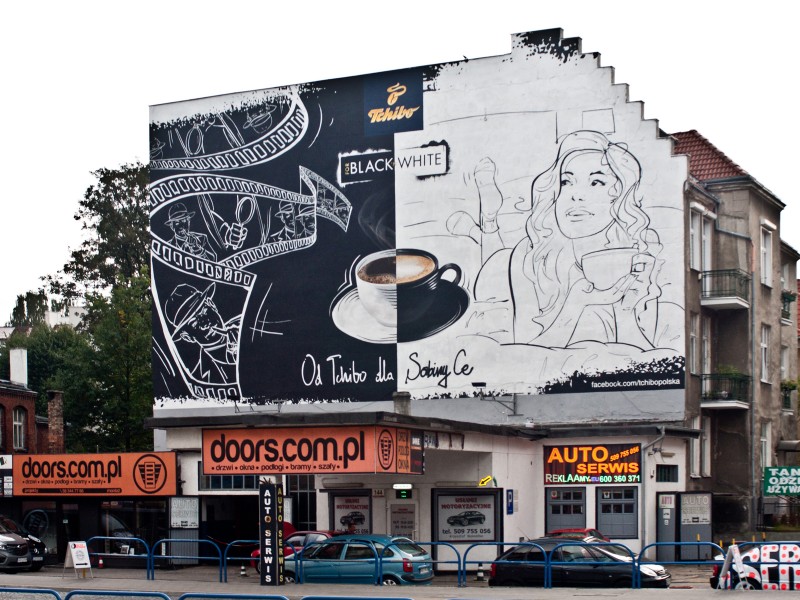 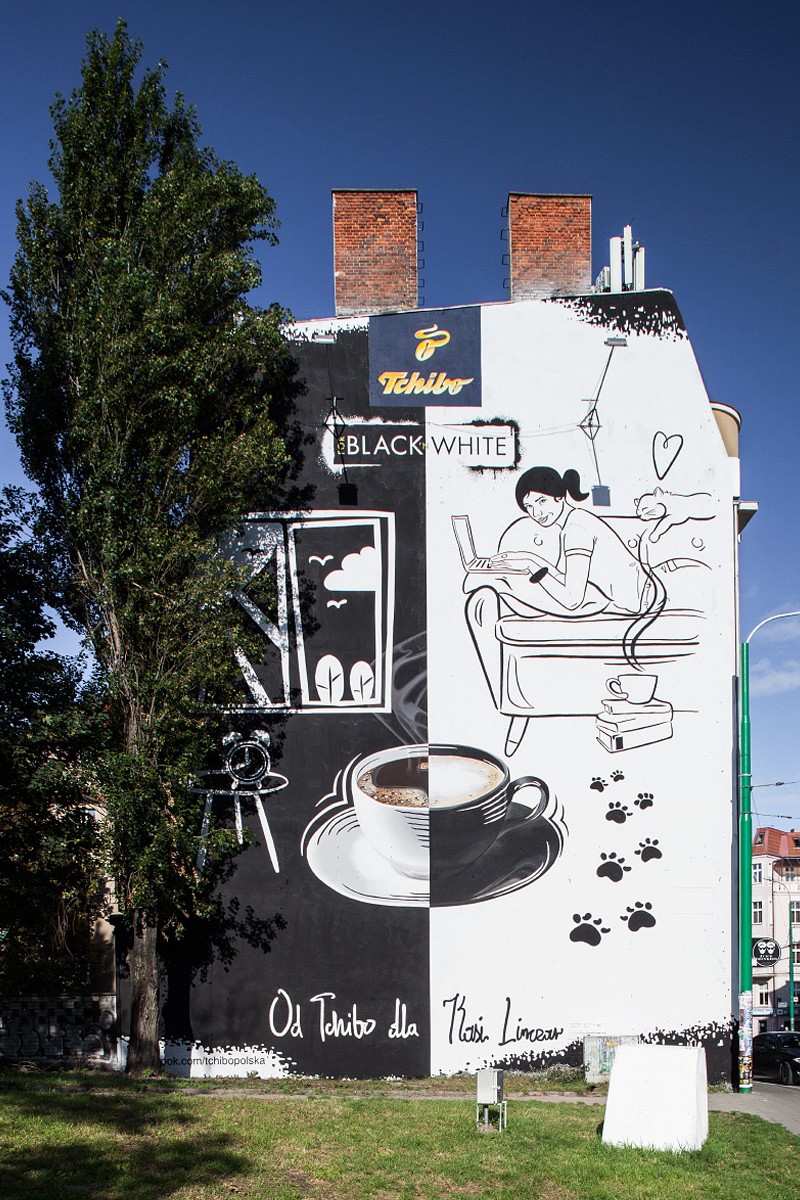 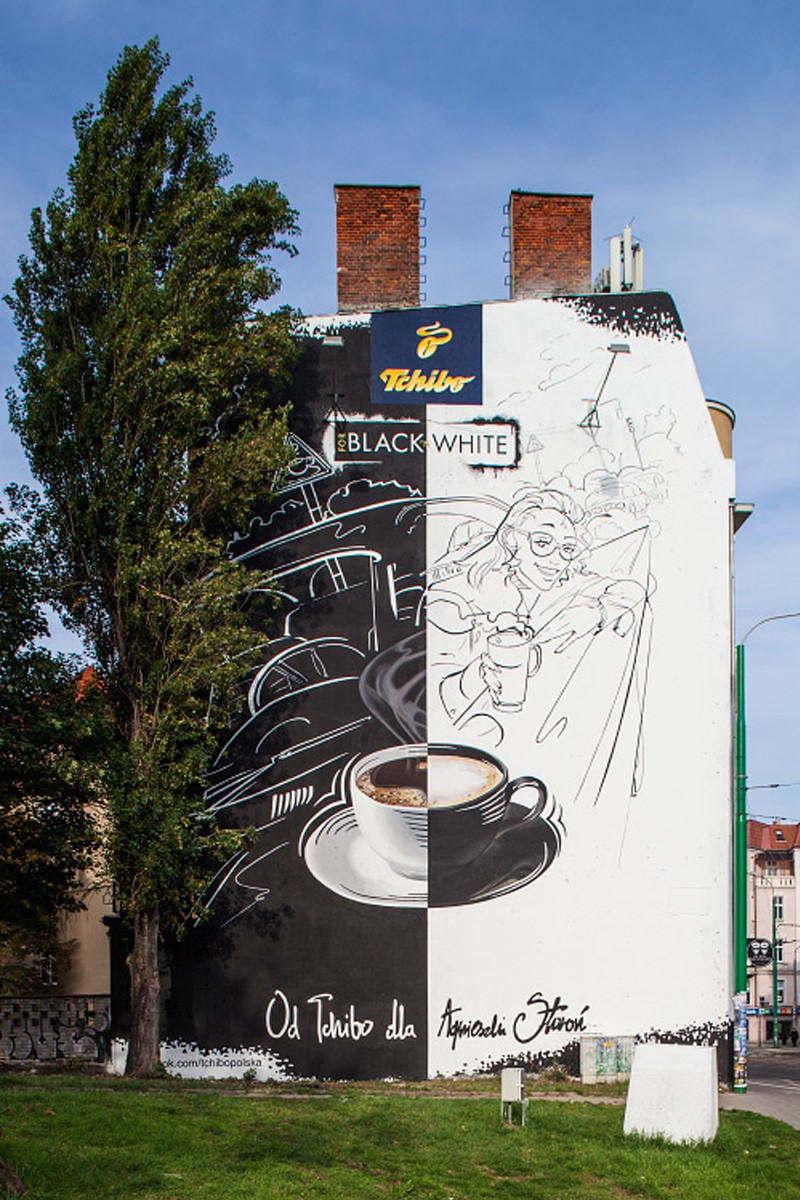 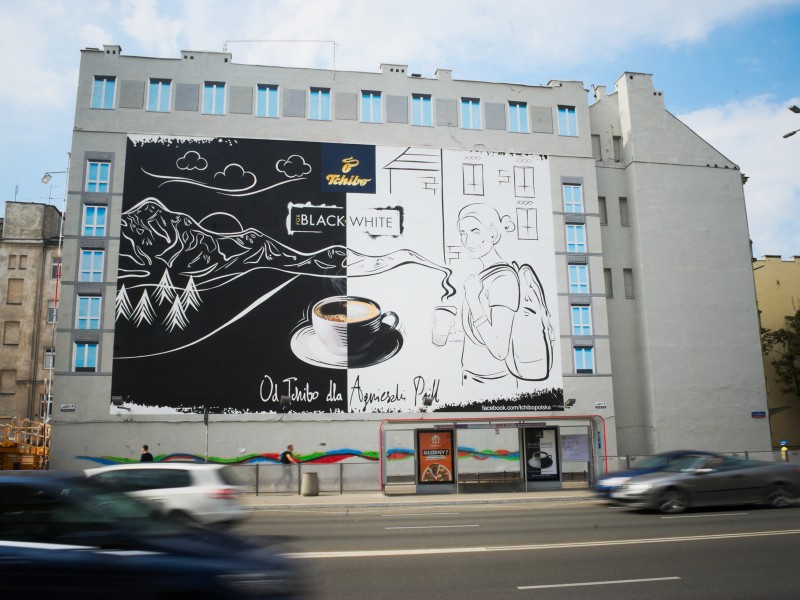 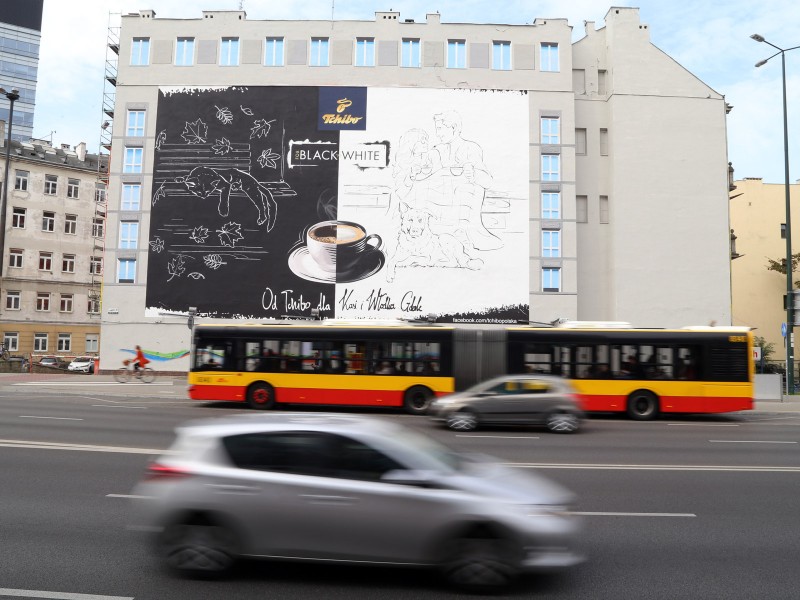 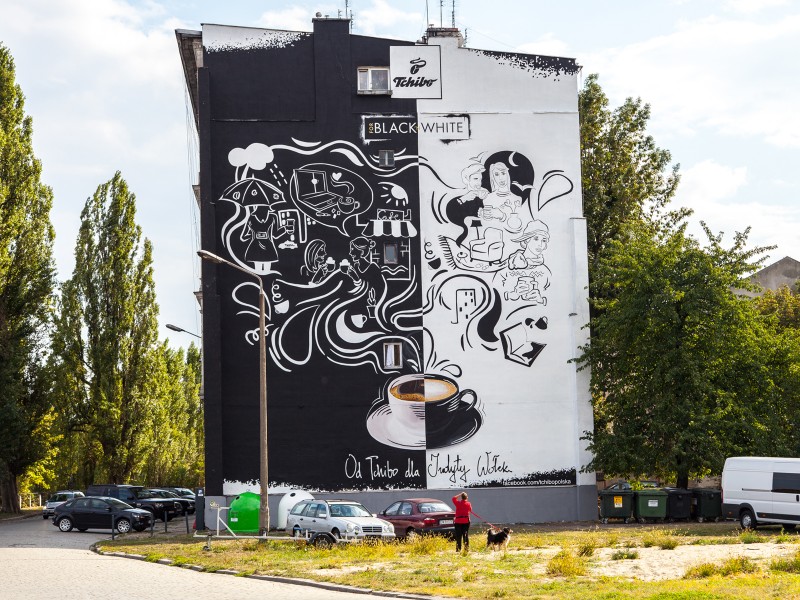 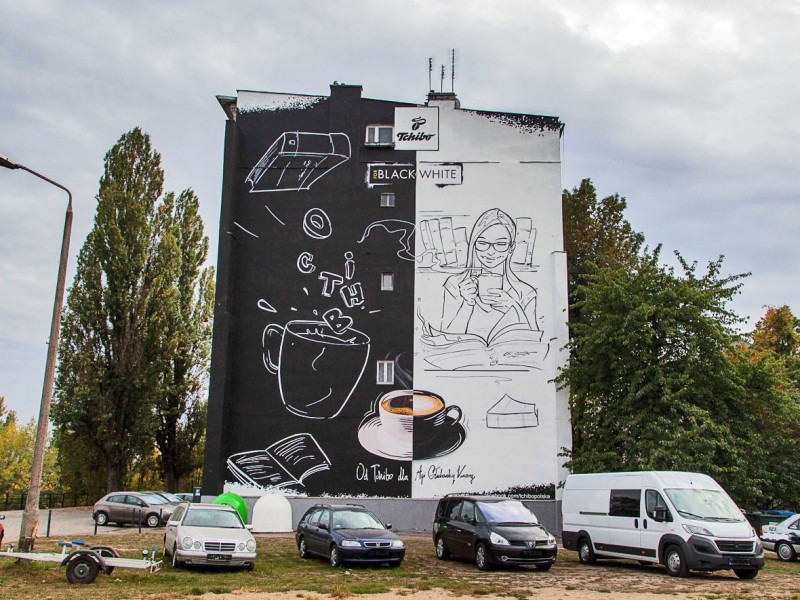 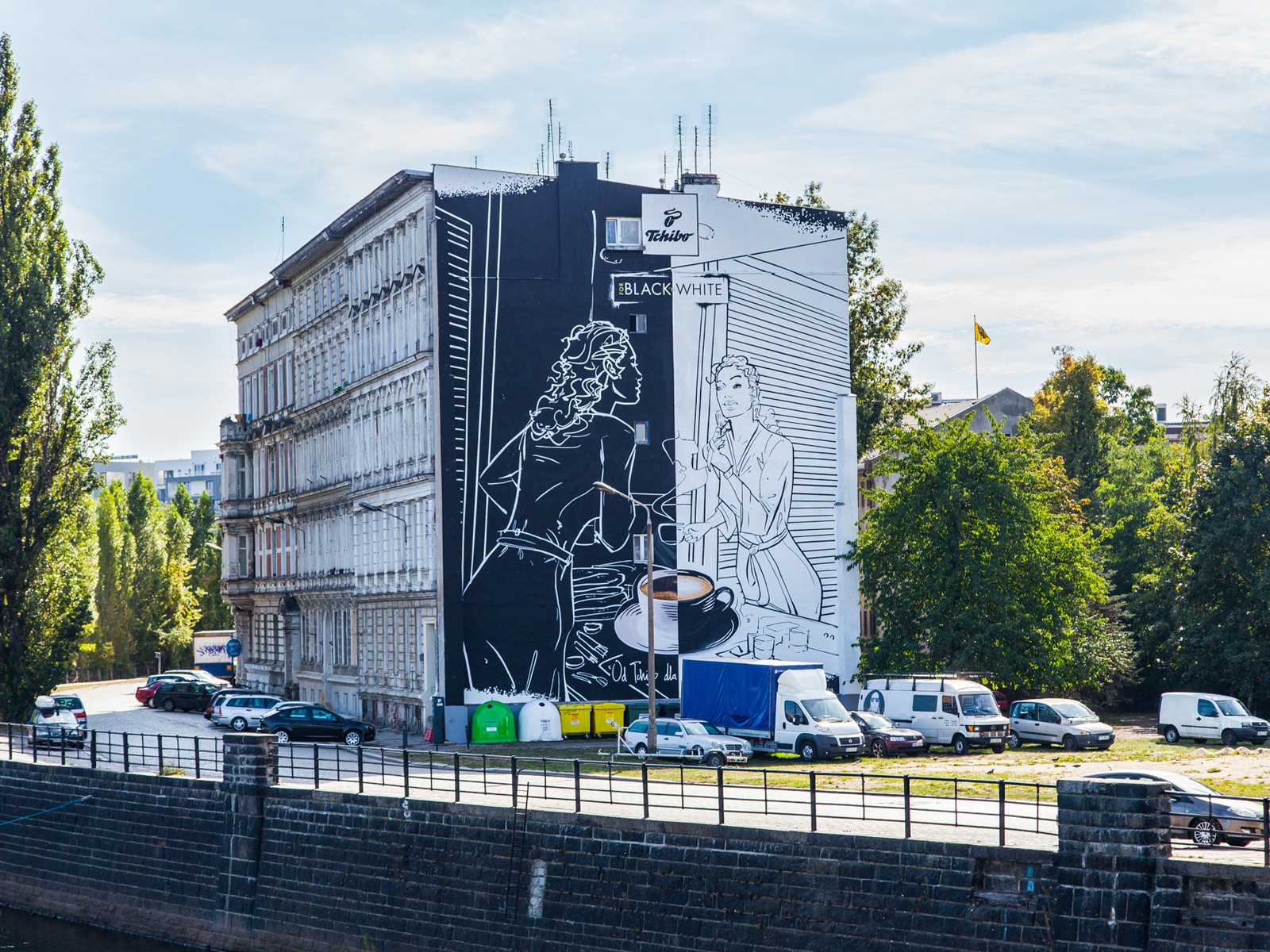