Ambient style campaigns organized for McDonald's were intented to highlight the changing menu together with the changing time of day. The idea alluded to the restaurant, which put information about ultra-fresh meals each day on chalk boards.

We drew new colourful graphics on a specially constructed billboard, twice a day for several days, that was located in front of one of the busiest McDonald's in Warsaw.  Mural layouts were developed by an invited artist in consultation with the staff of the restaurant. The event was immortalized on film, and ambient action received wide coverage in the media and won three nominations for Cannes Lions 2013. 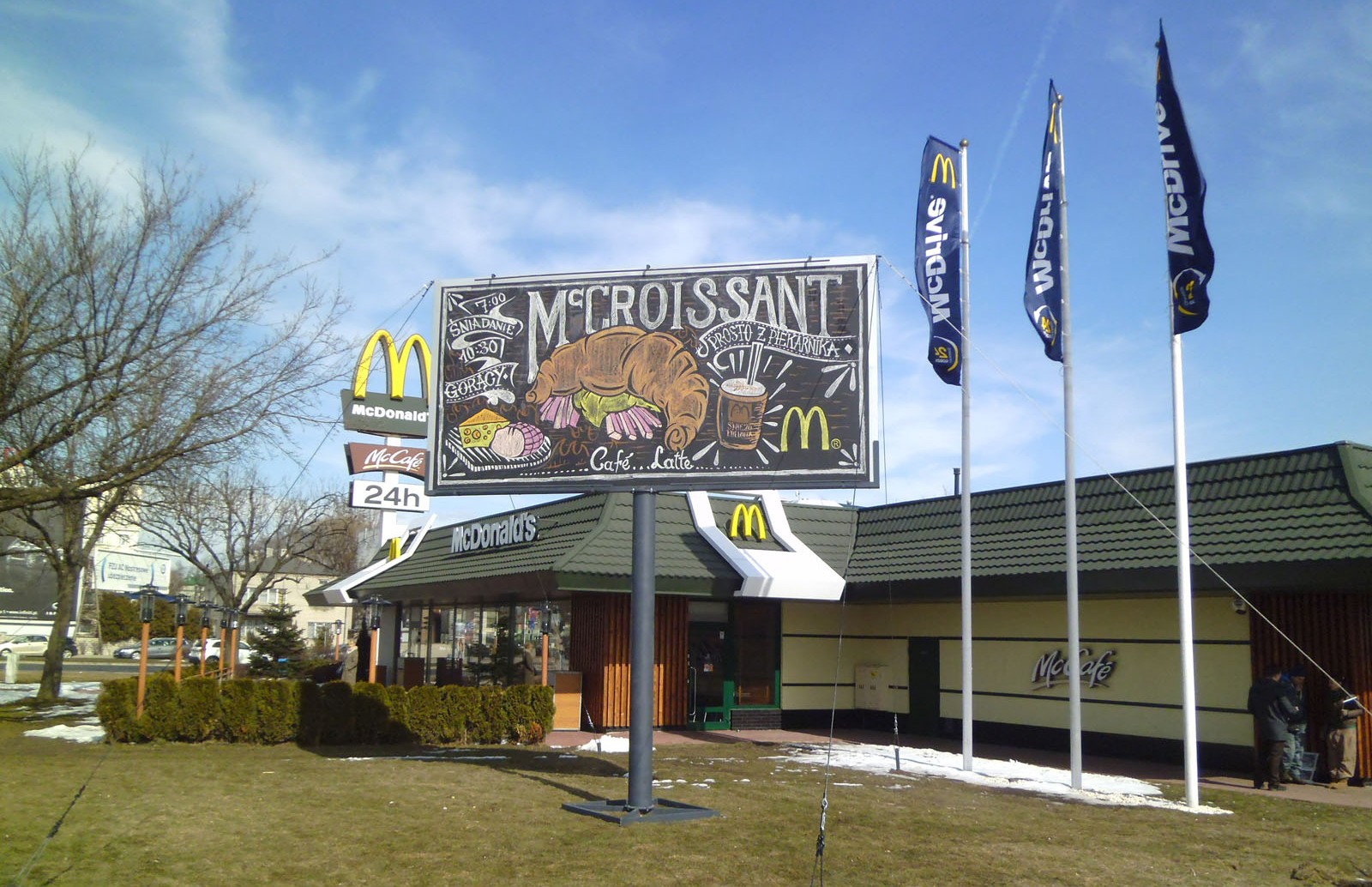 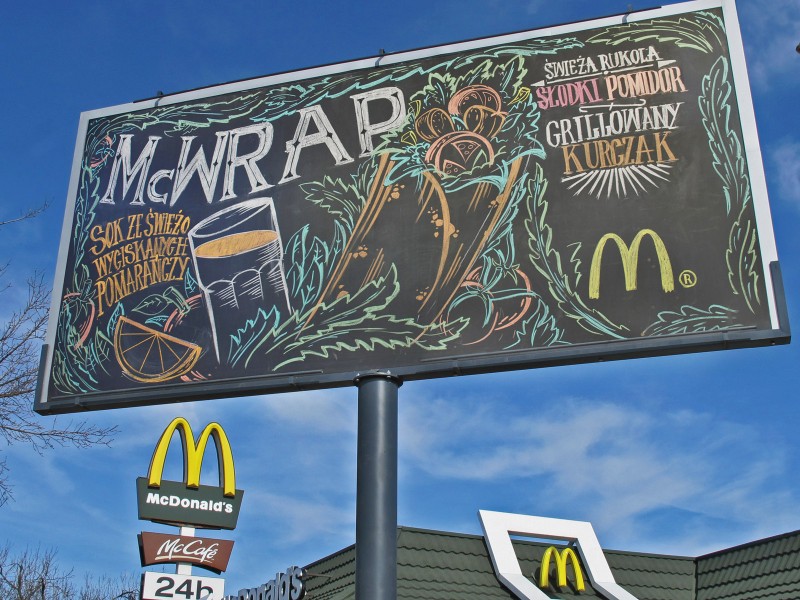 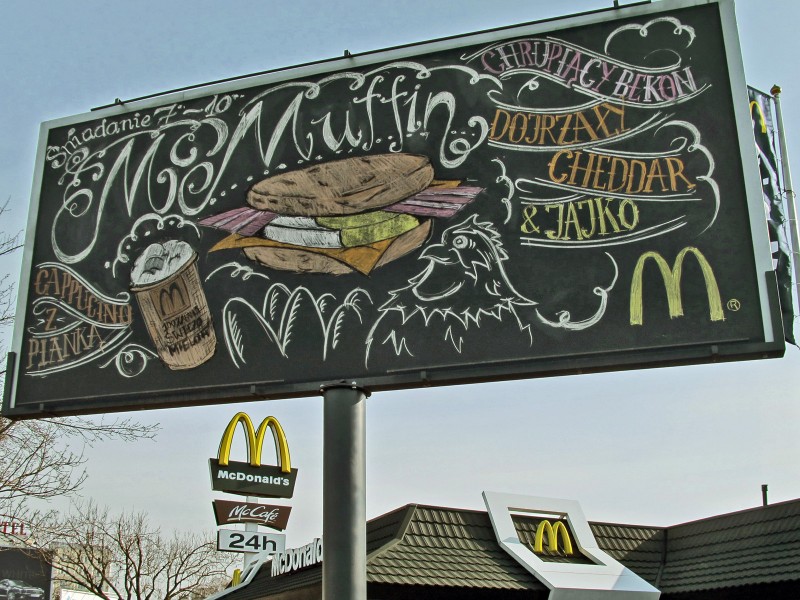 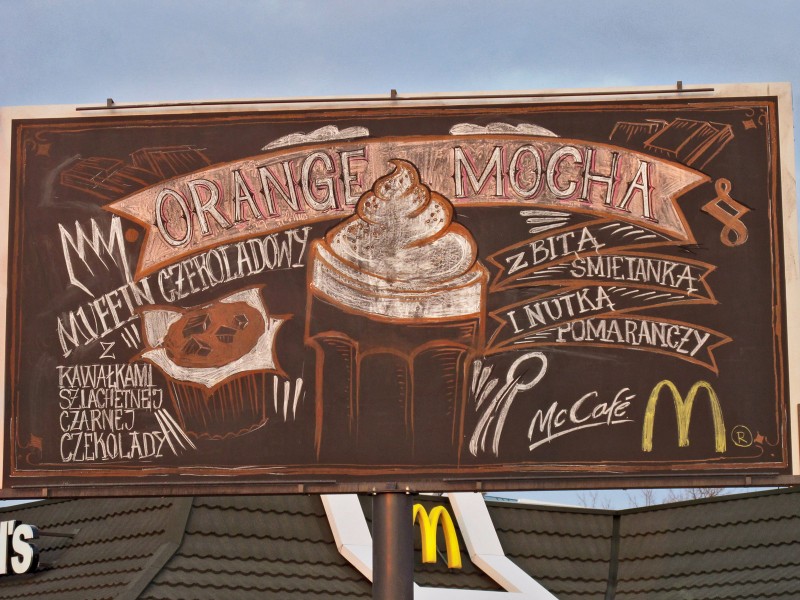 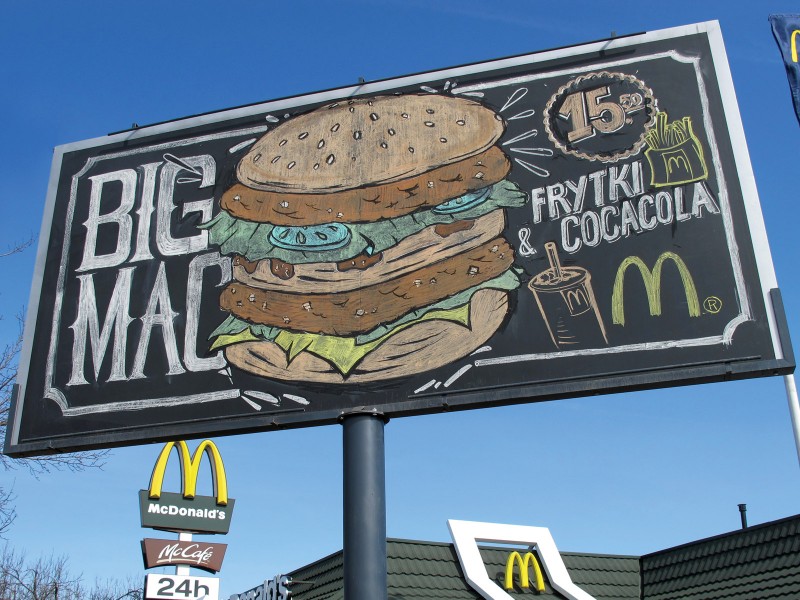 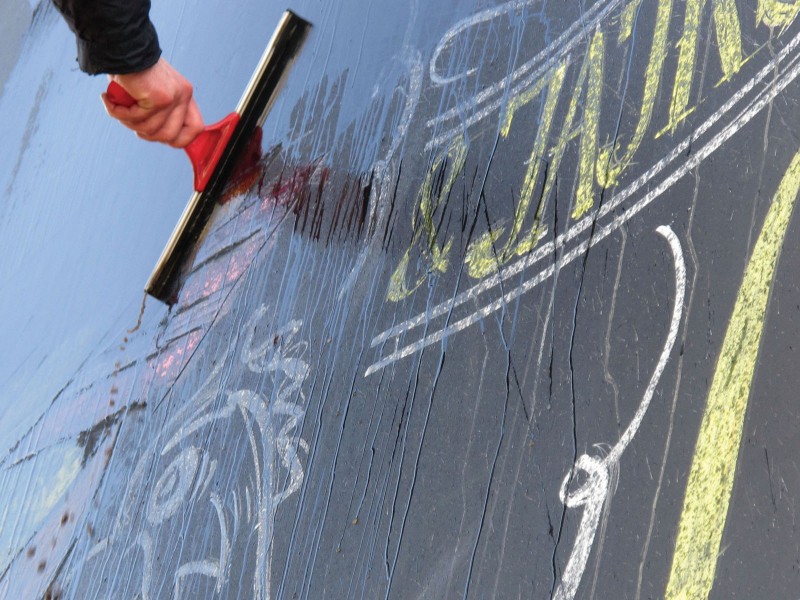 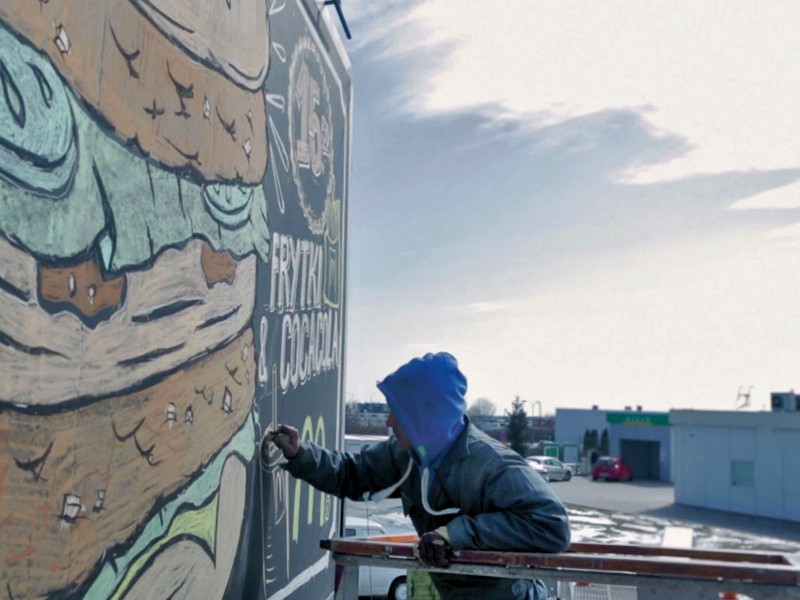