On Królewskie’s request we have worked on the creative marketing strategy using the mural as means of introducing a new variety of Królewskie Unfiltered to the market. The main slogan of the campaign was “Flavour of oldschool Warsaw”, basing on the positive connotations with the period of Polish People’s Republic. Our idea was to paint a genuine copy of historical photo of Warsaw, acquired from National Digital Archives, and then reproduce and paint the very same frames as they are at the present time. We were looking for the location which would be easily recognisable for the majority of our target, and at the same time, free from informational clutter and omnipresent advertisements. As we wanted to present “flavour of oldschool Warsaw” by showing how the streets and the people have changed, and not necessarily the architecture, we have chosen to portray the W-Z route, viewed from Castle Square, in the direction of Praga. To reproduce the original photo, taken by Ms Grazyna Rutkowska in May 1967, we have taken over 700 photos. Eventually, we have created two large-scaled murals, 320 square metres each, which were to be perfectly correspondent with each other in every detail. It took us 10 days to accomplish this. 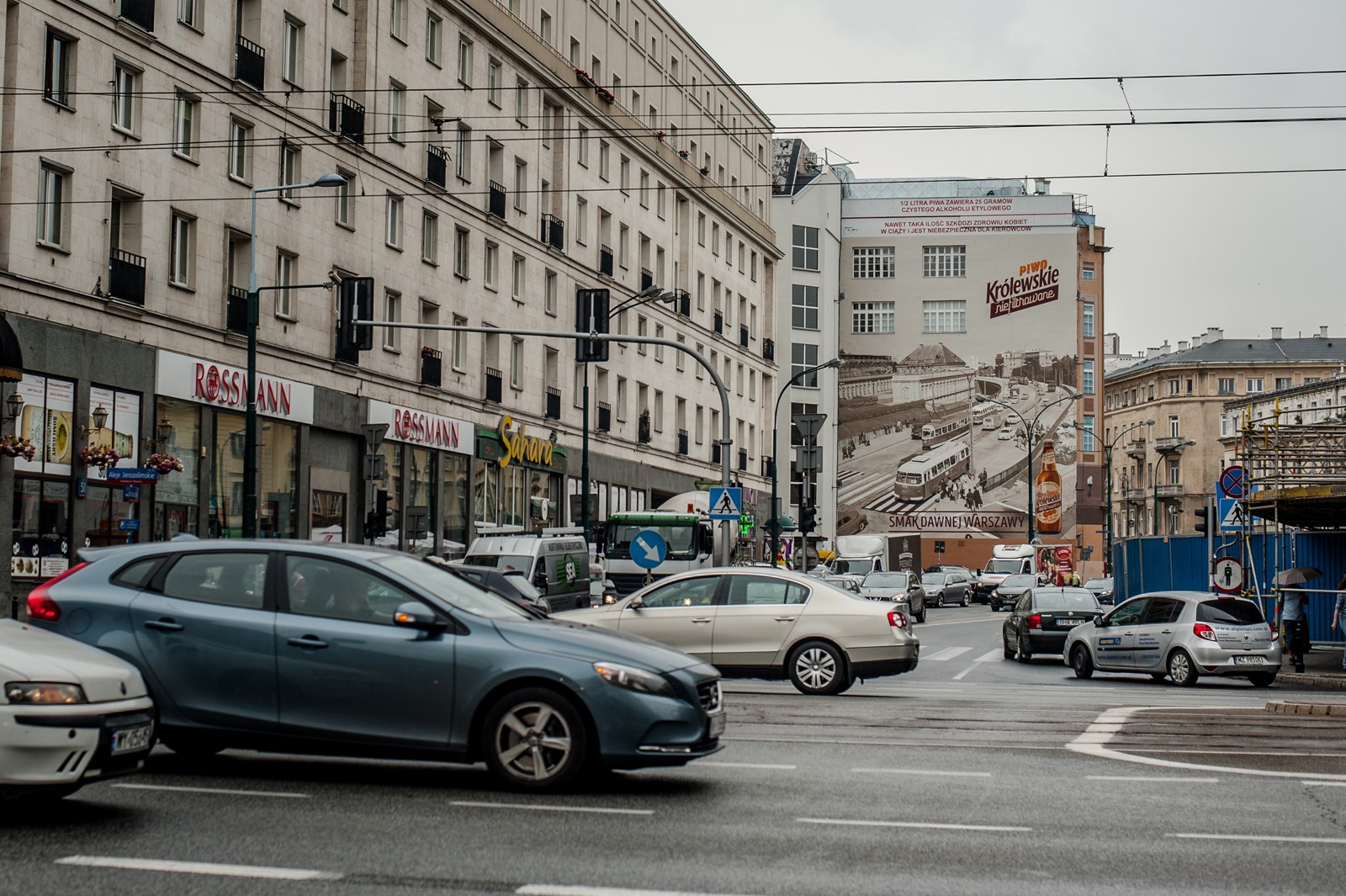 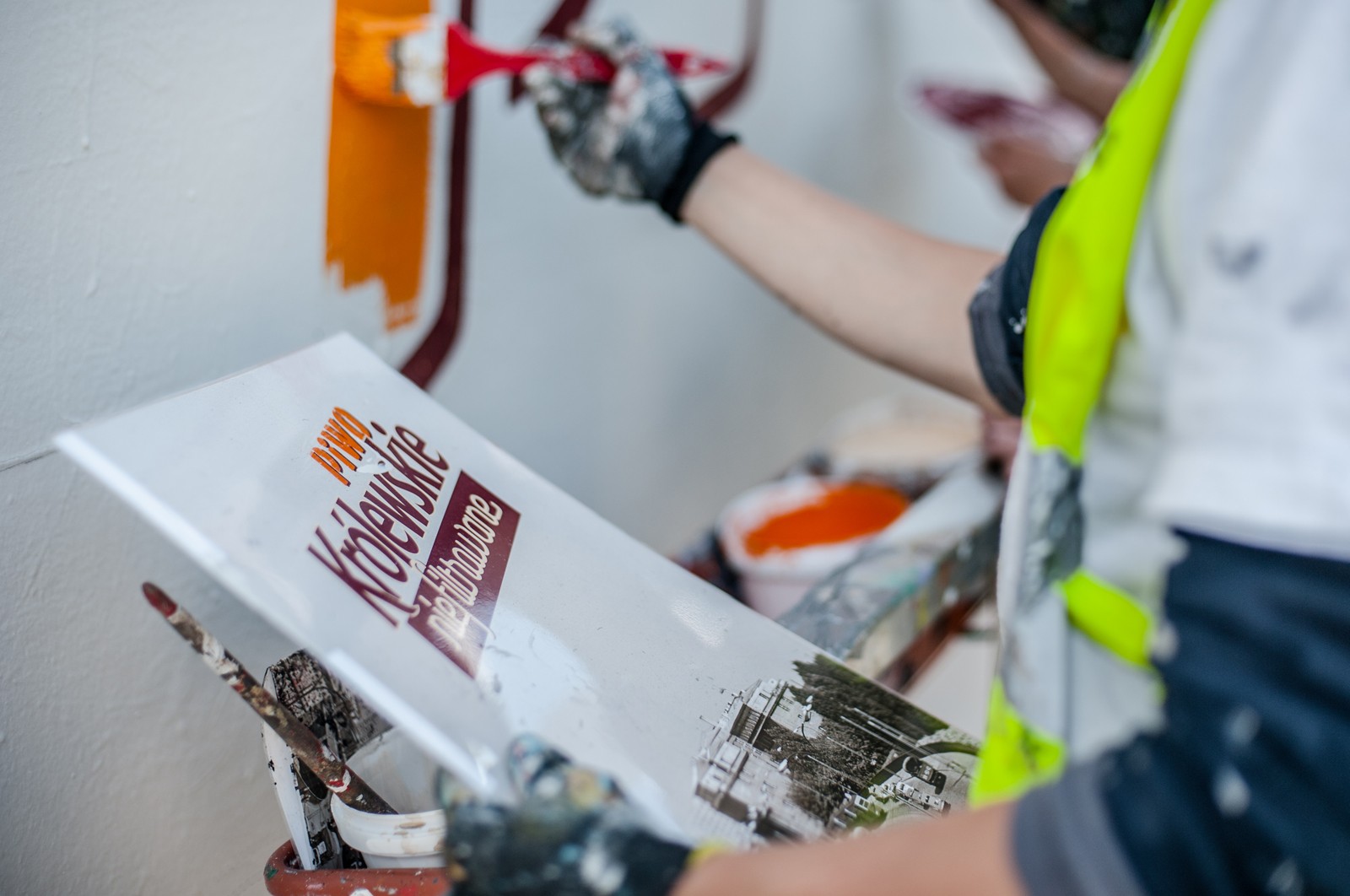 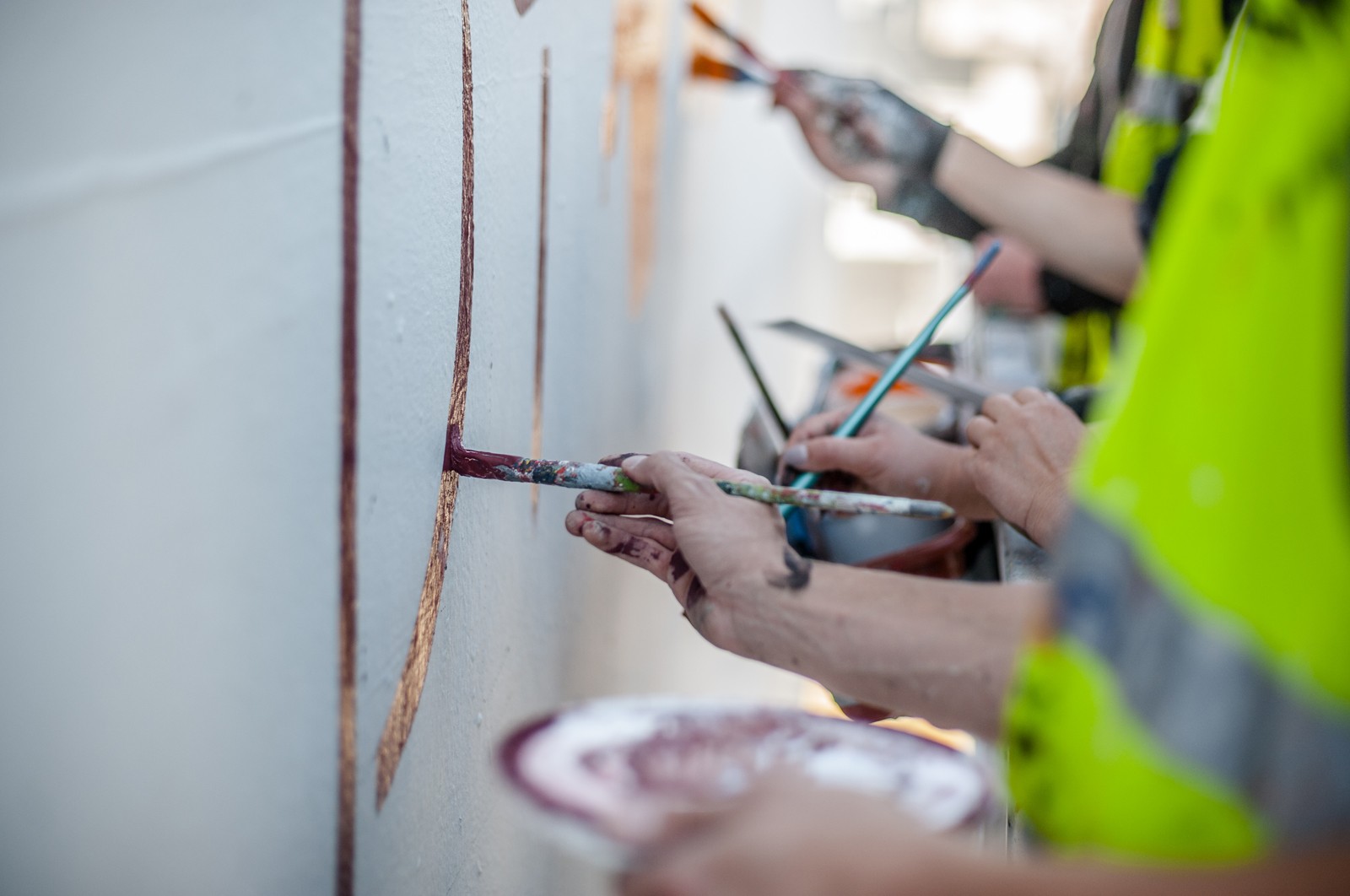 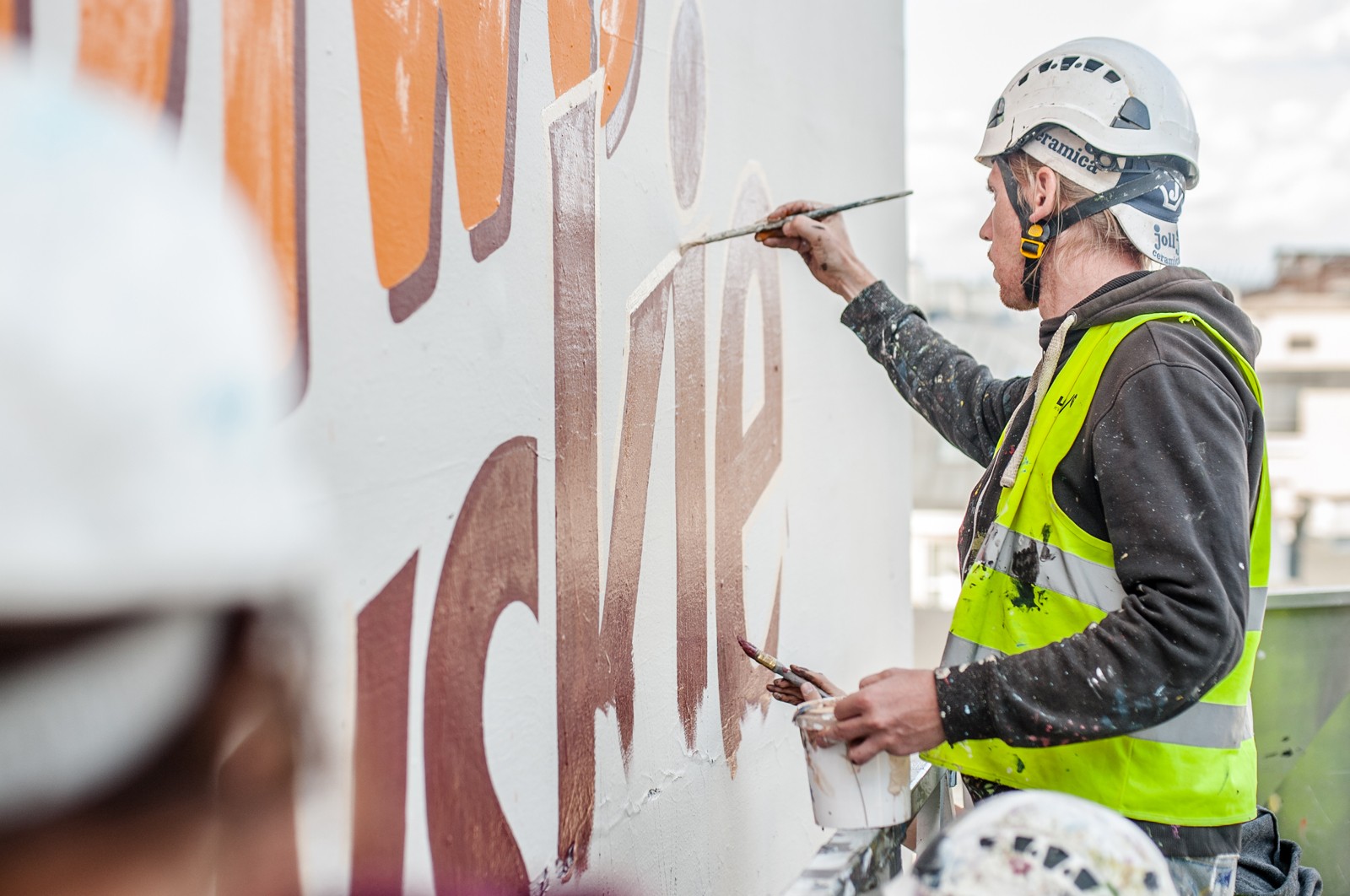 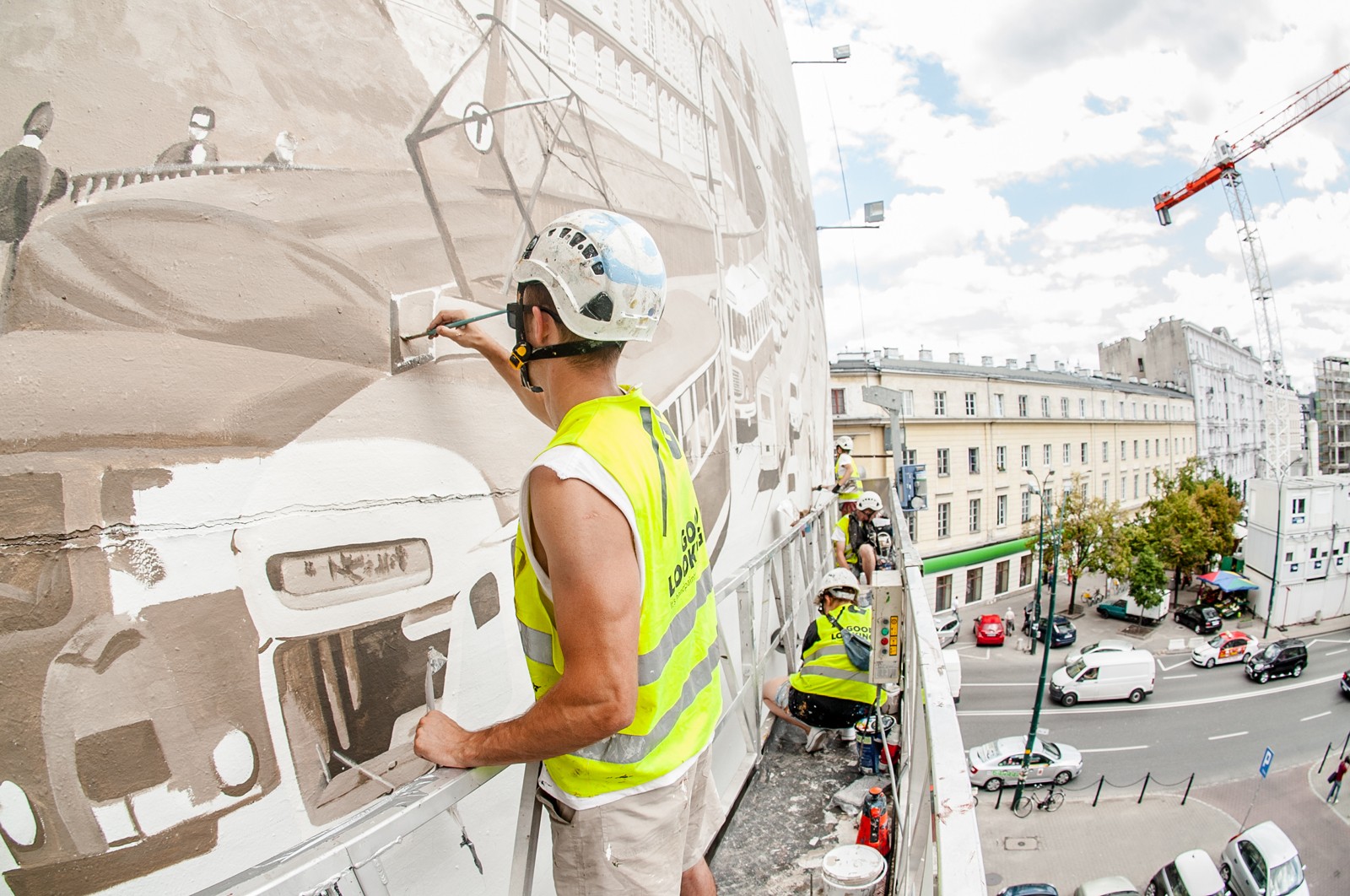 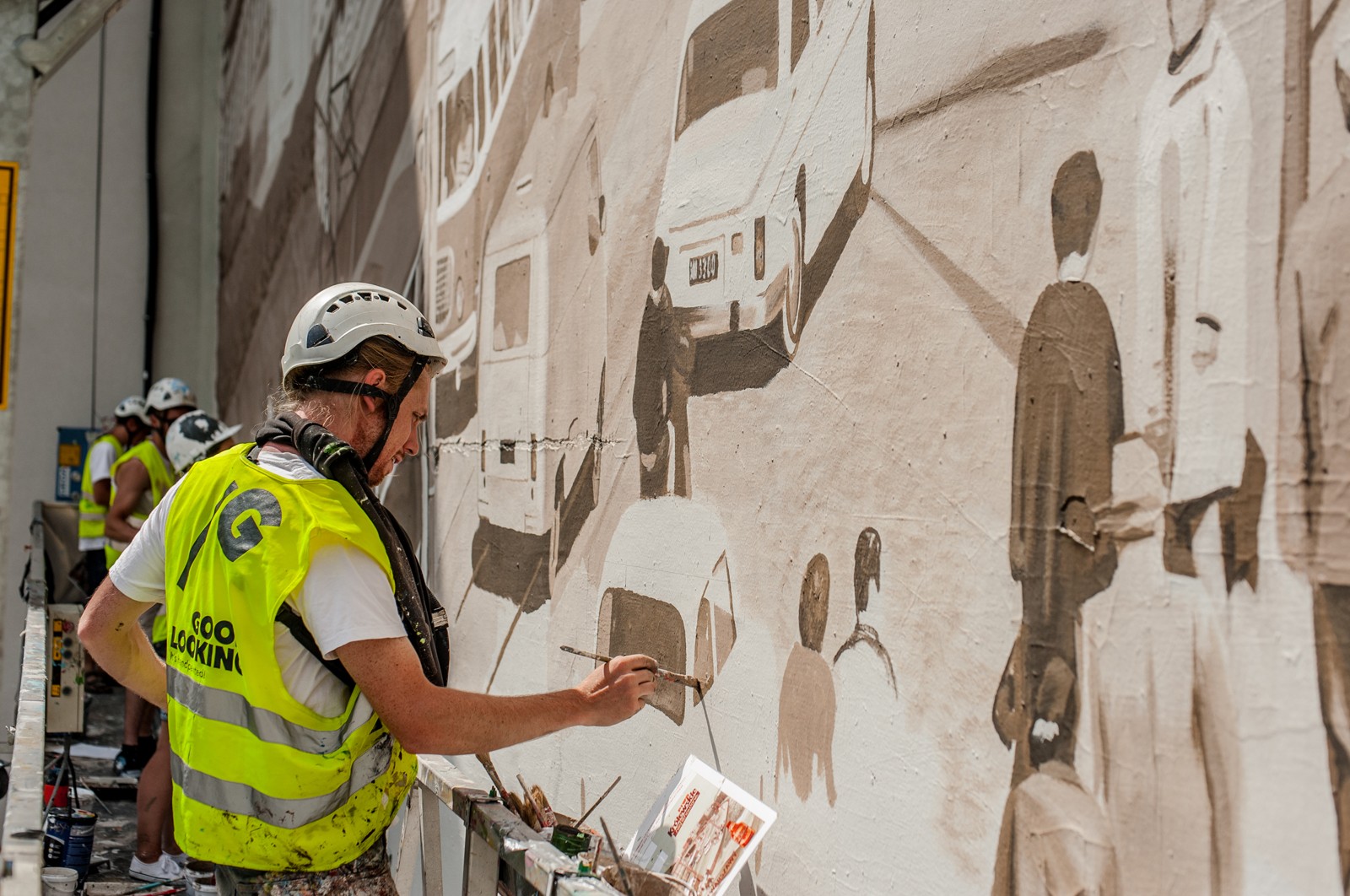 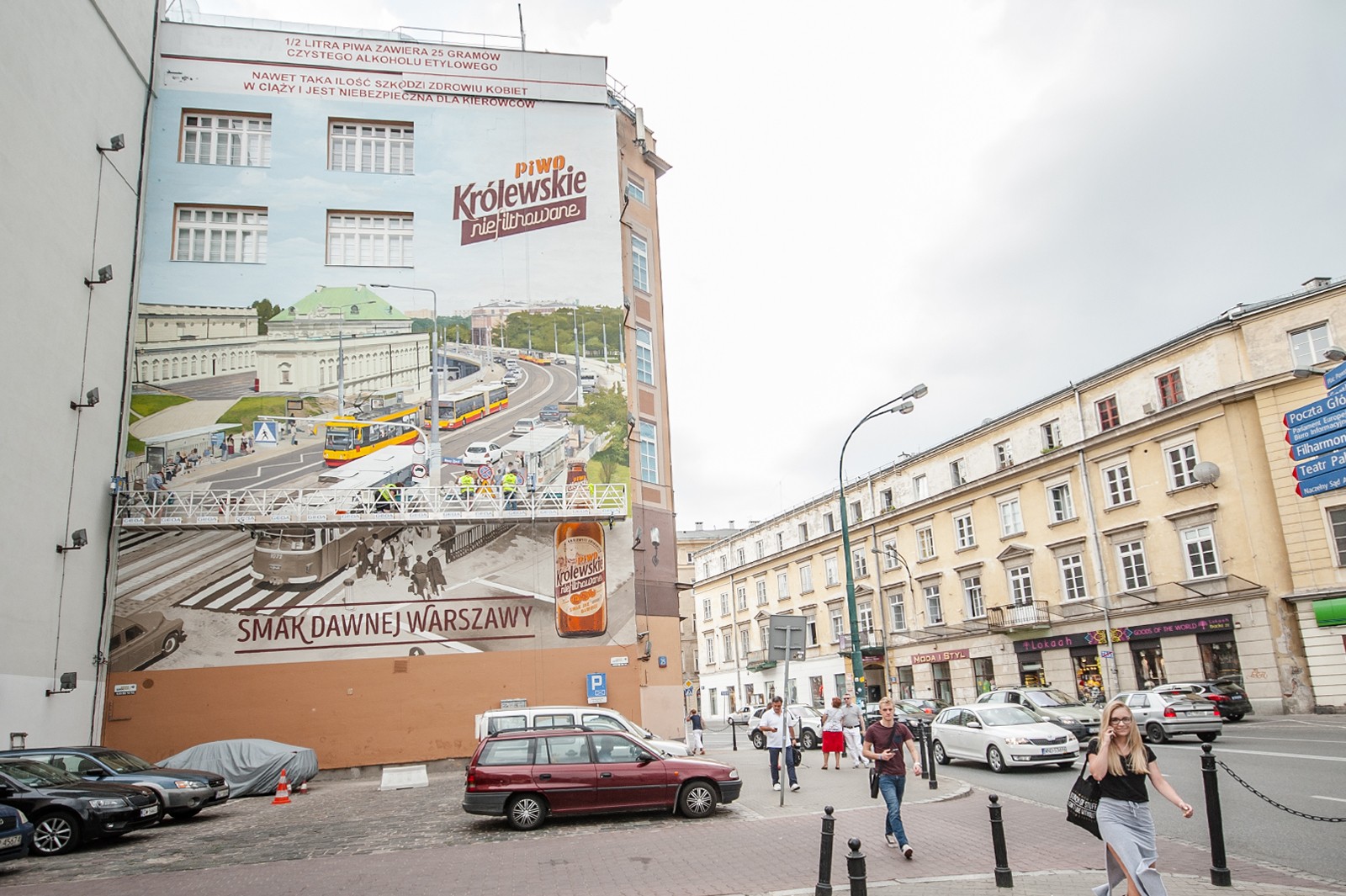 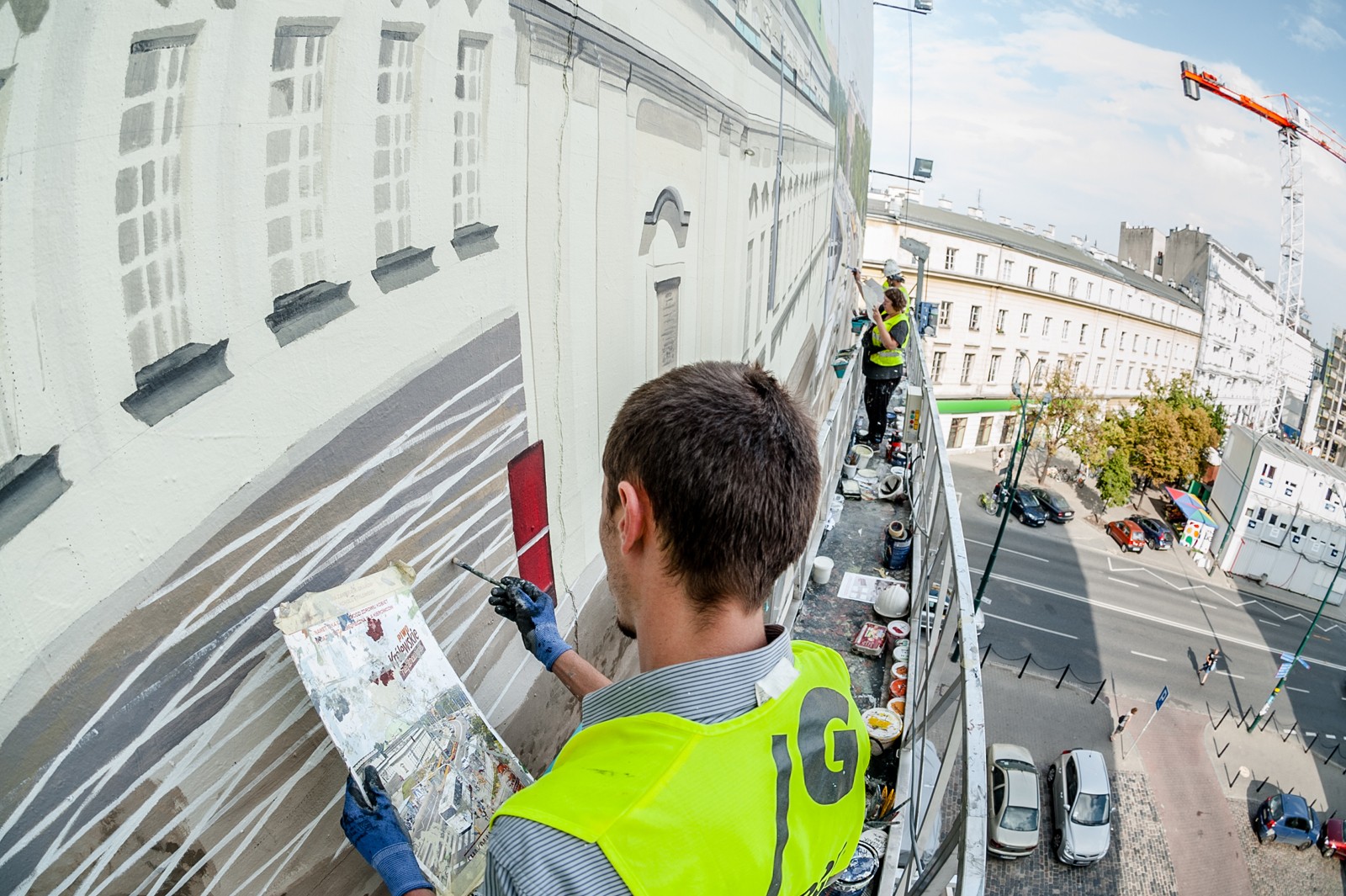 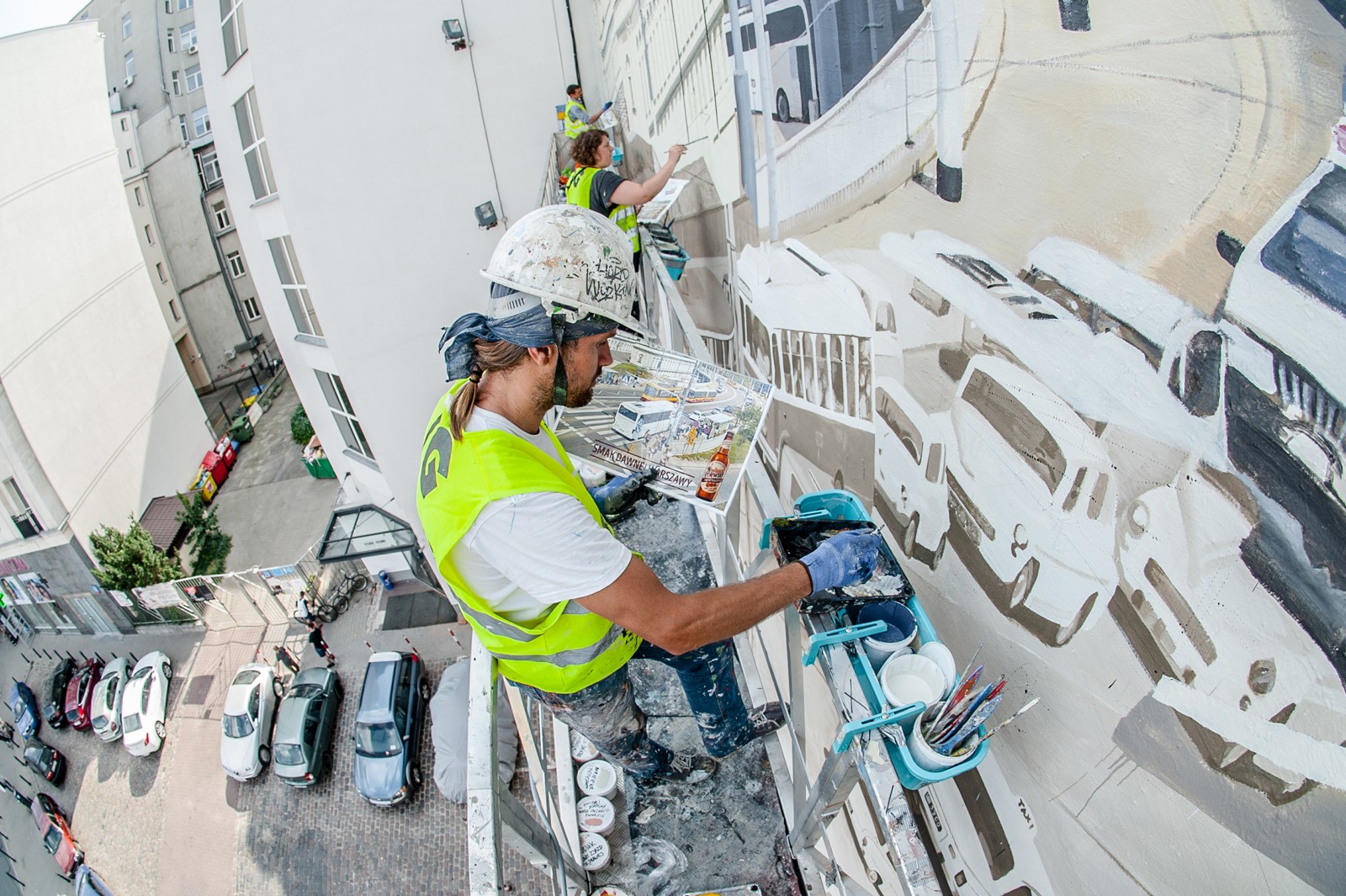 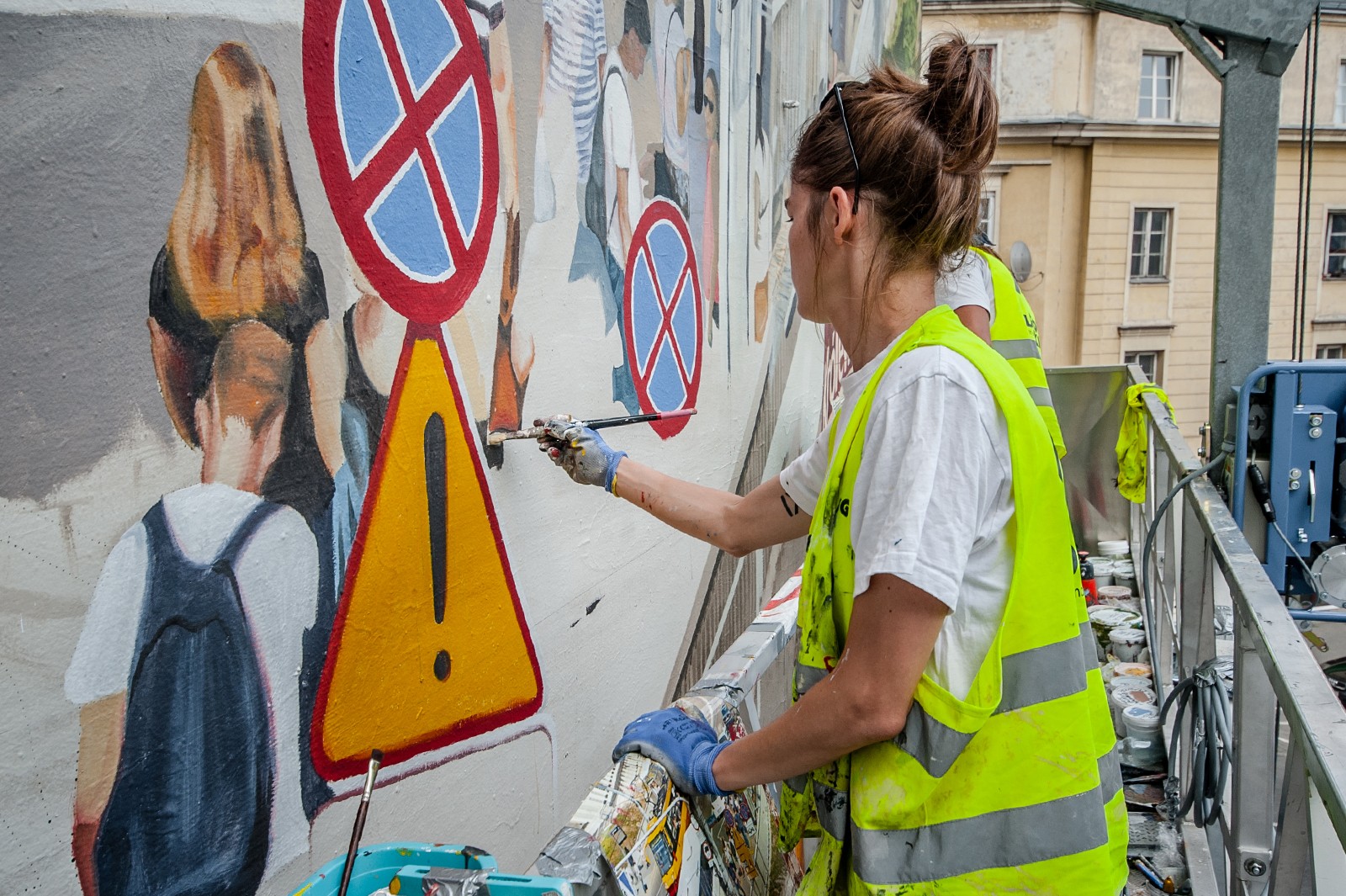 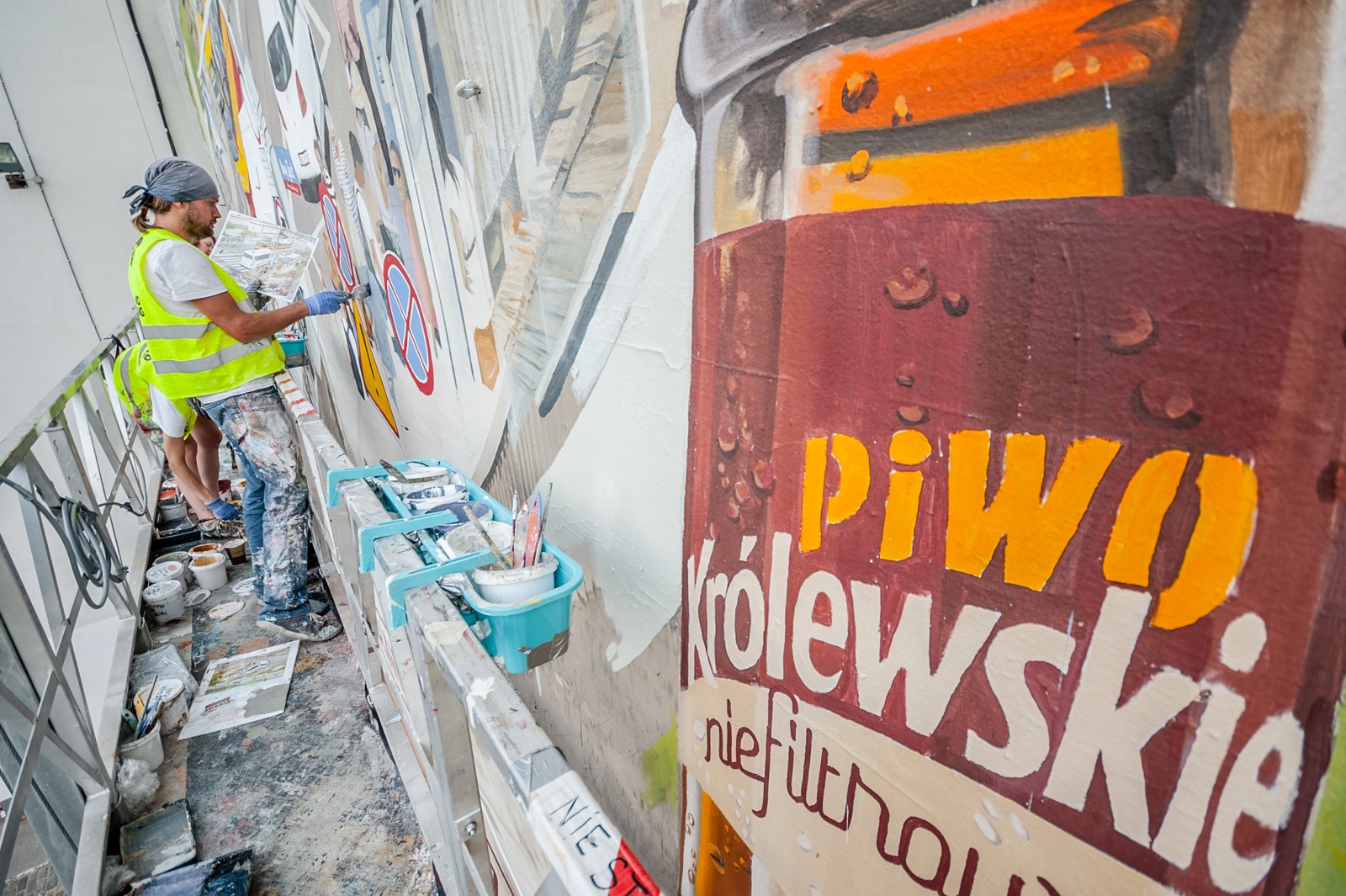 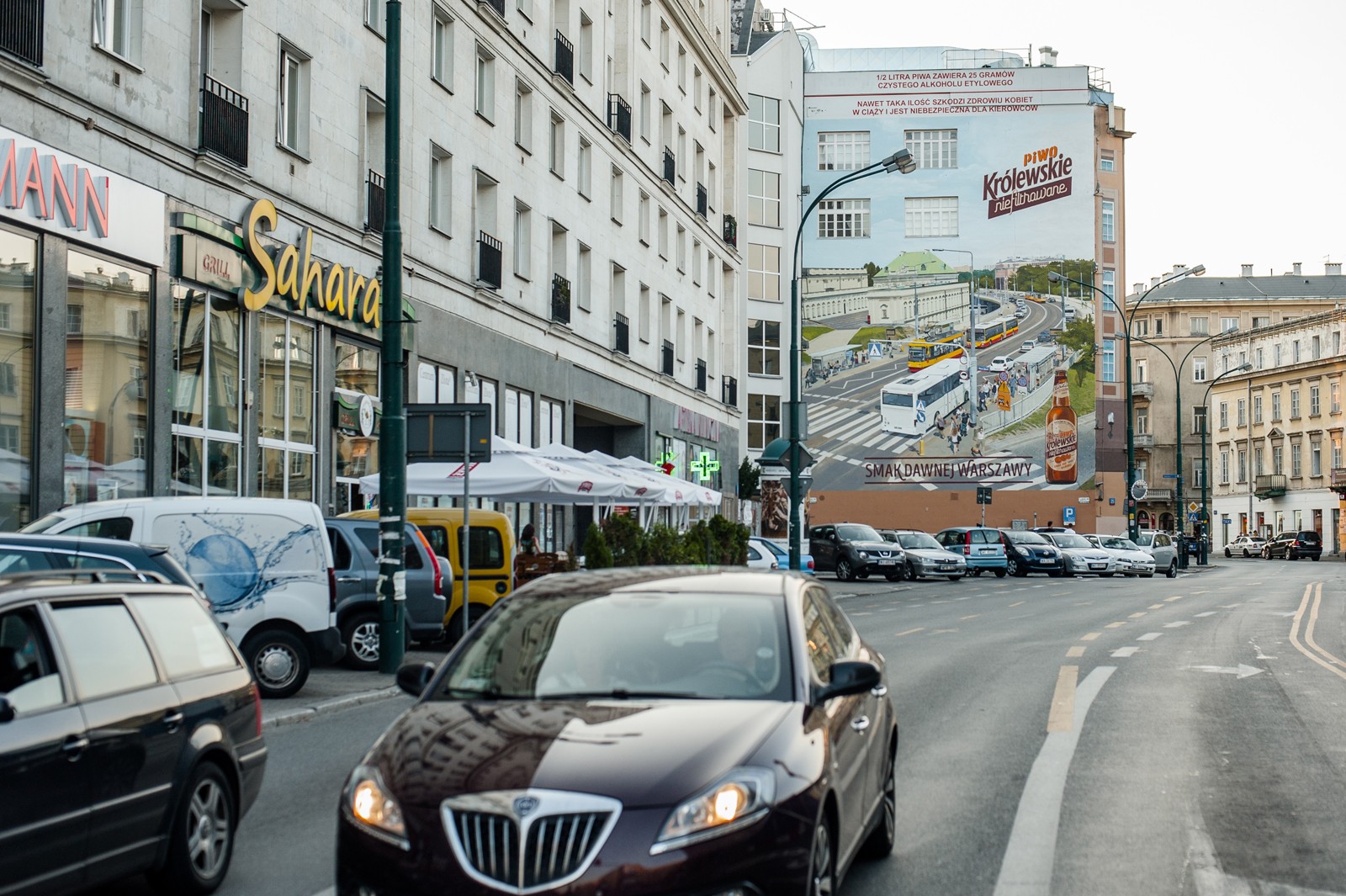