Before we have created the murals, Warsaw shop WSS 20 Chmielna St. was transformed for five days to become NIKE ID Studio – special space where, supervised by curators (such as Tede, Misbehave, Nawer, Swanski), everyone could create their own personalised colorway of one of the Air Max ID models. Then, the curators were to choose the best ones and based on their selection, the graphic artists (Lis Kula, Swanski, Jan Kallwejt) created illustrations in the colorway of the shoes, which we subsequently painted on the walls of Nowy Swiat Pavilions, and in the centre of each of them, we painted the winning shoes. Everything was recorded on 360-degree Cameras, allowing the viewer to feel as in the  centre of the creative action. 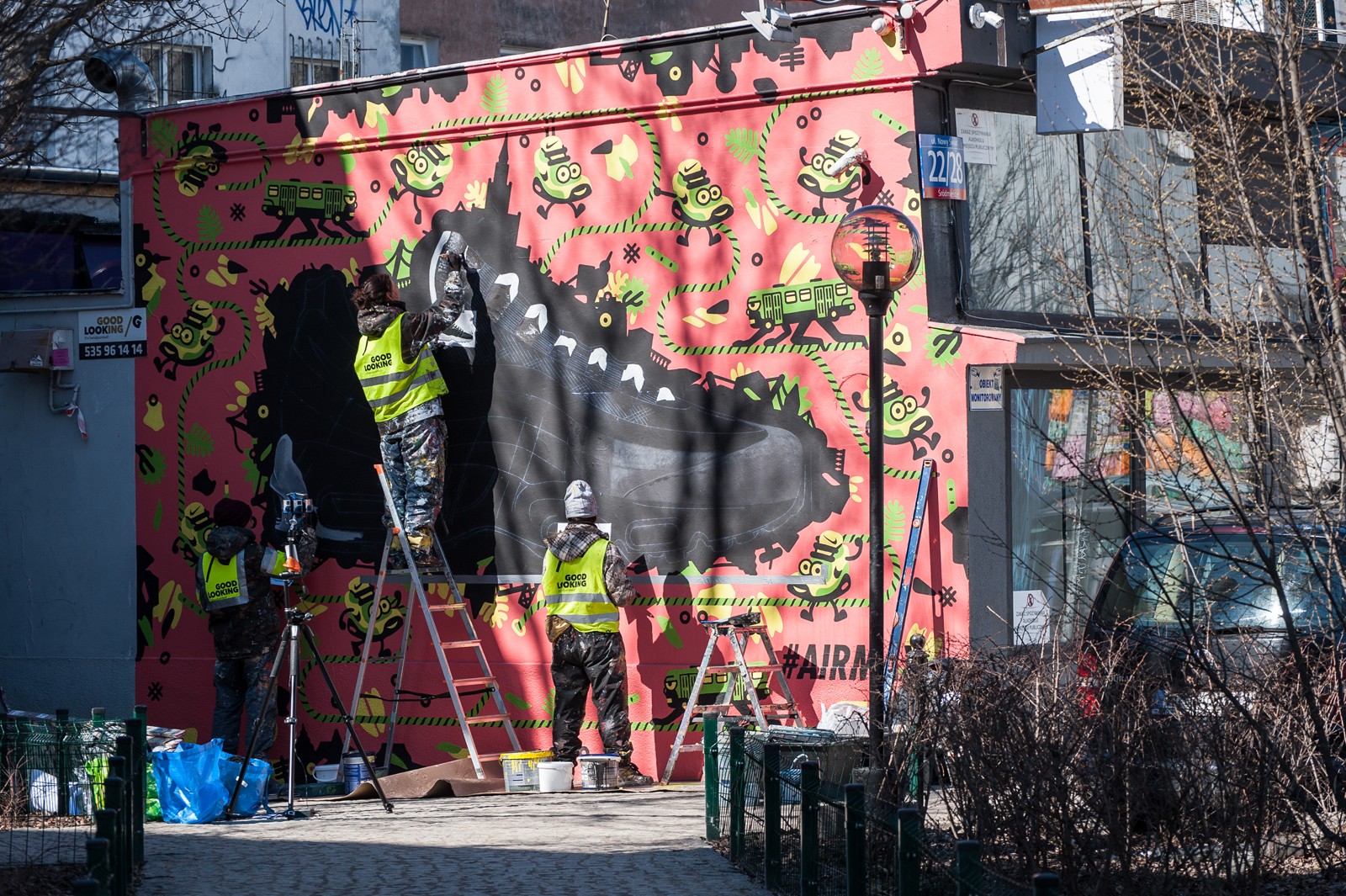 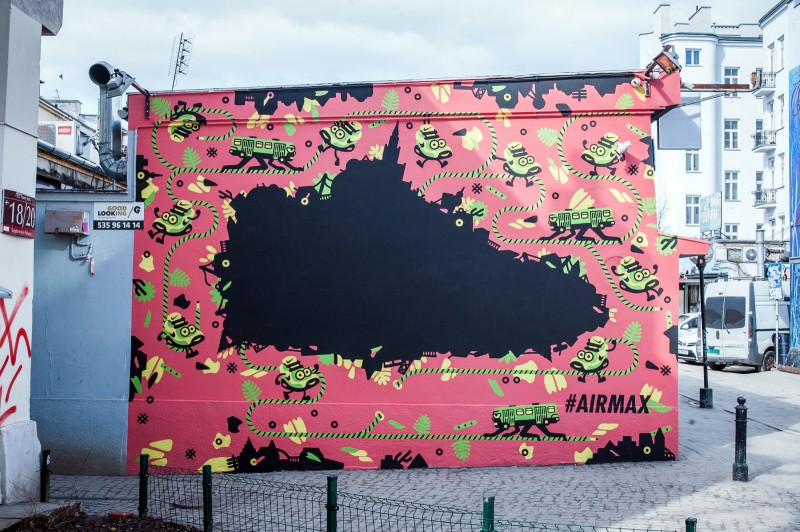 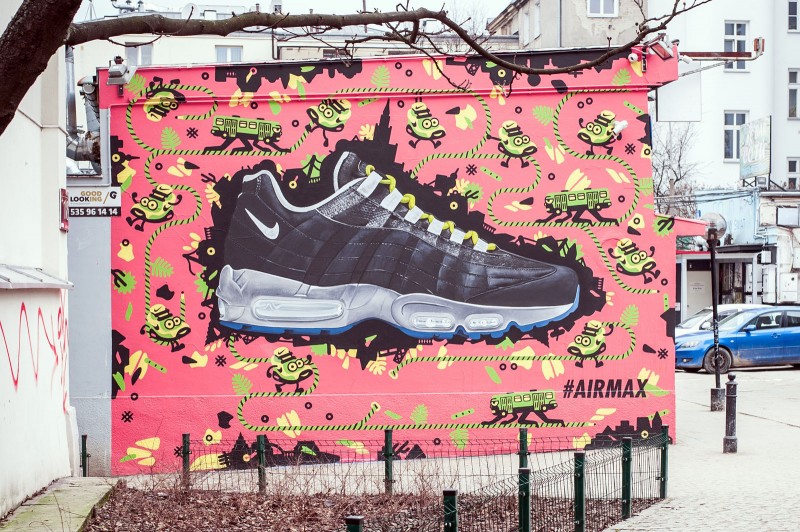 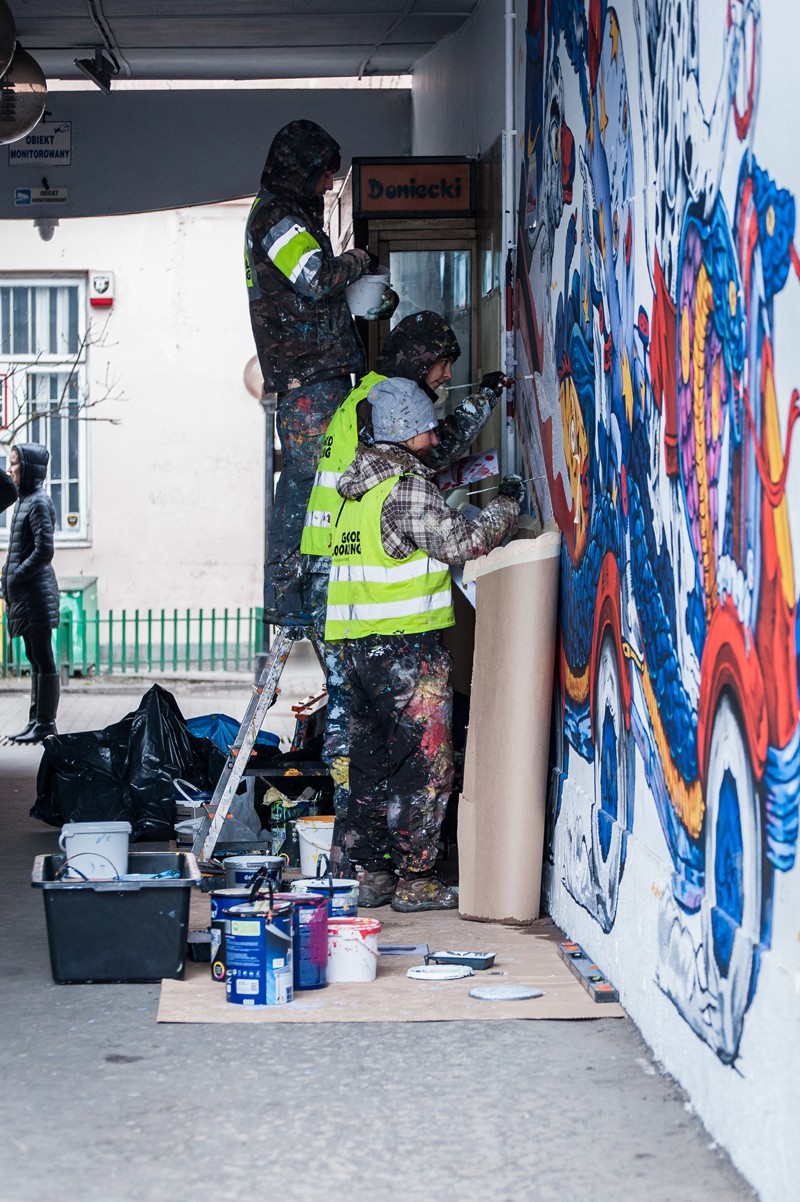 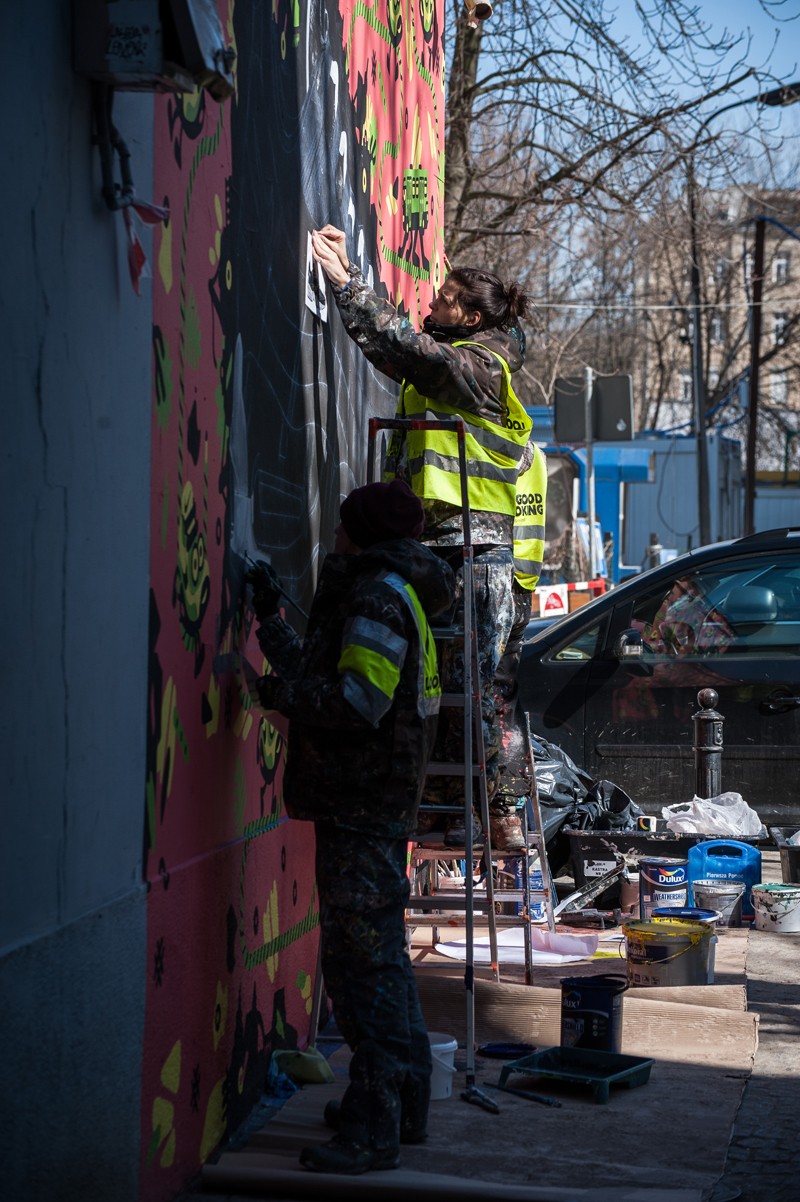 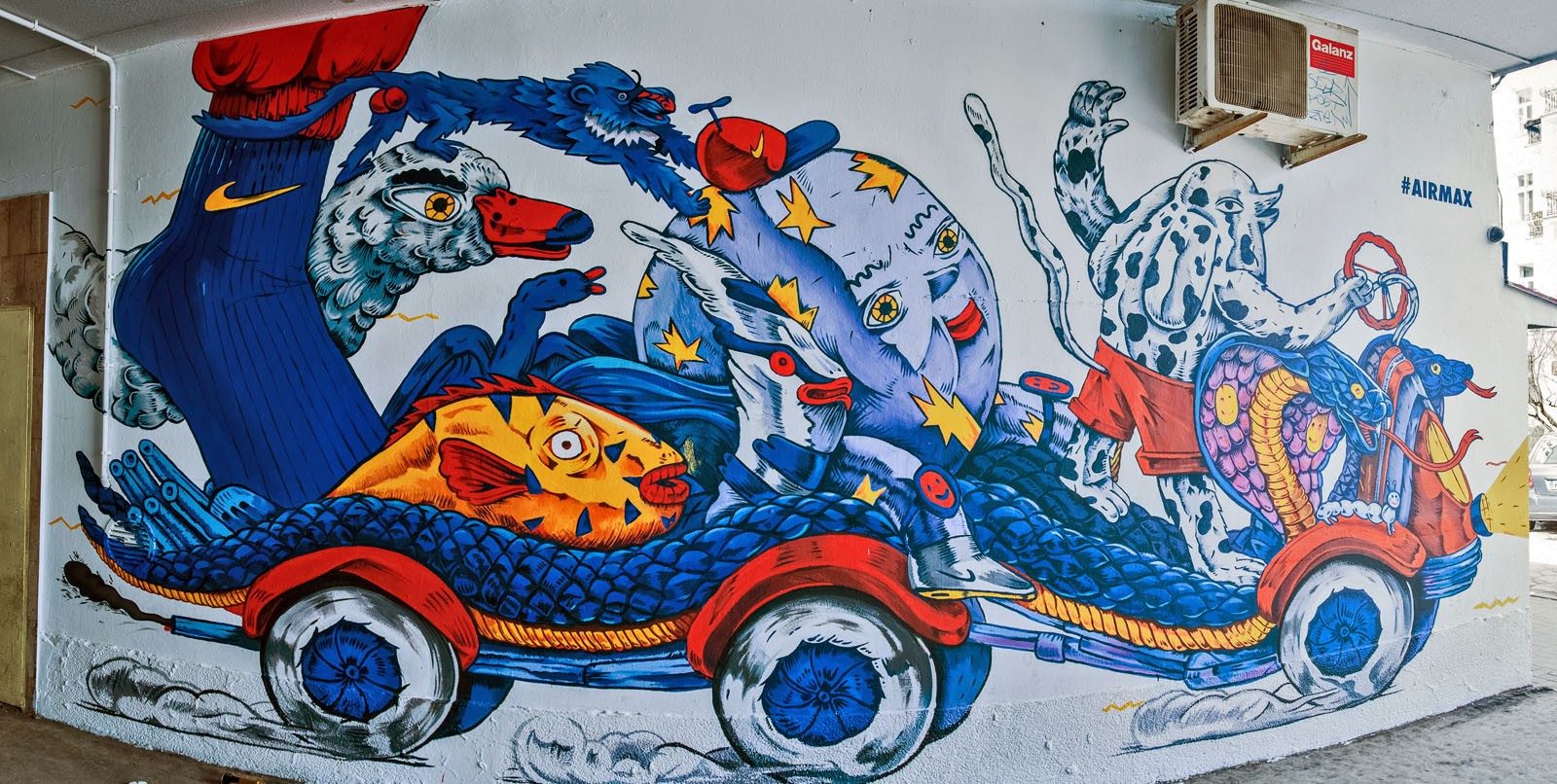 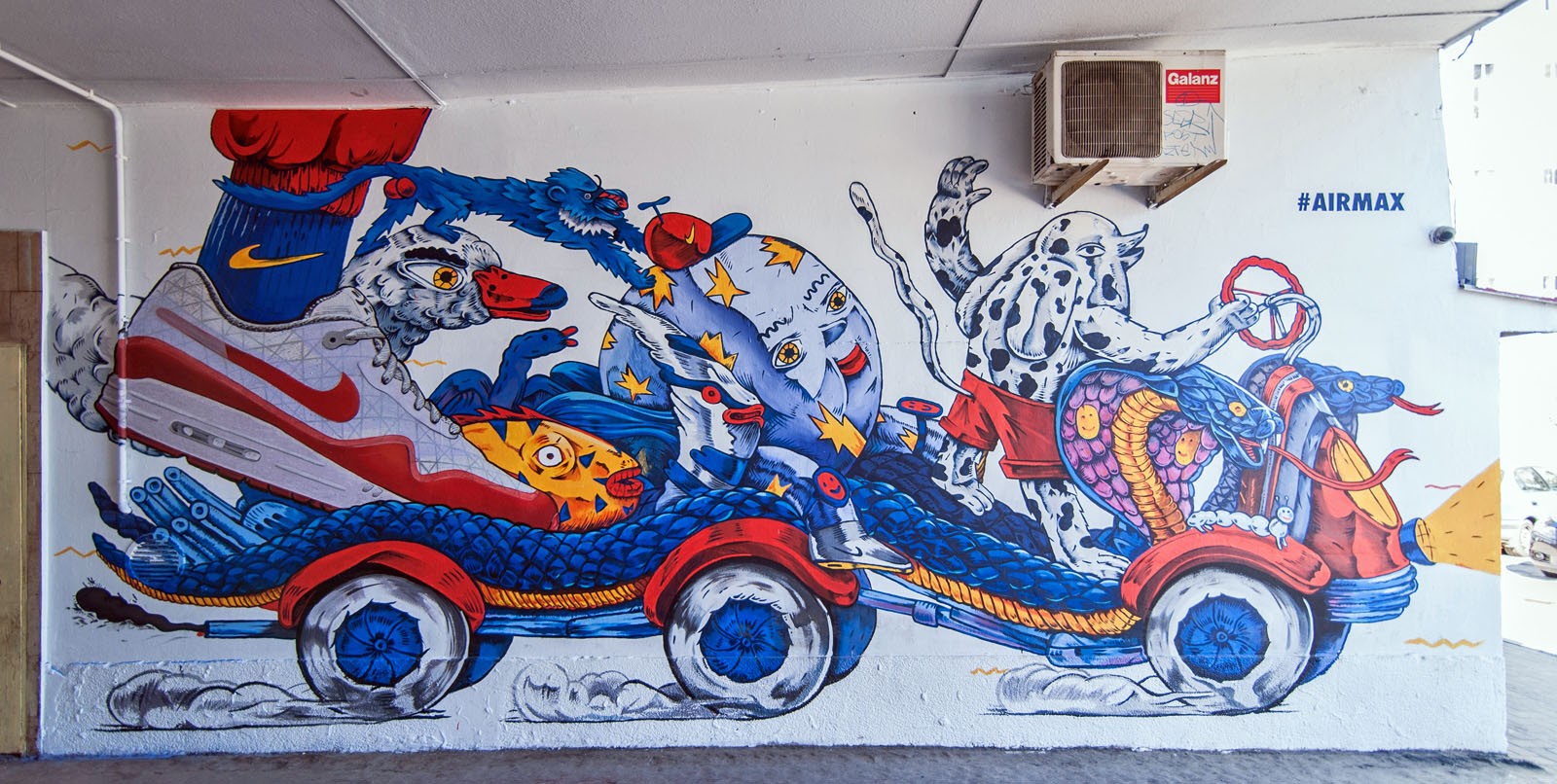 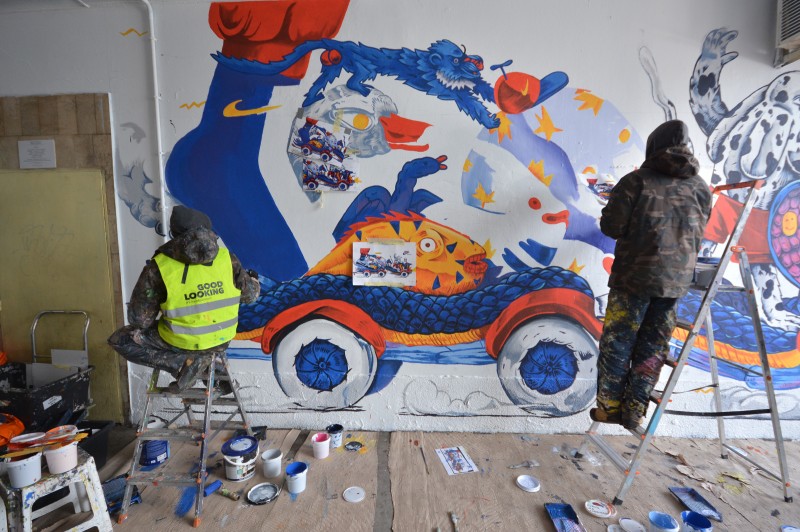 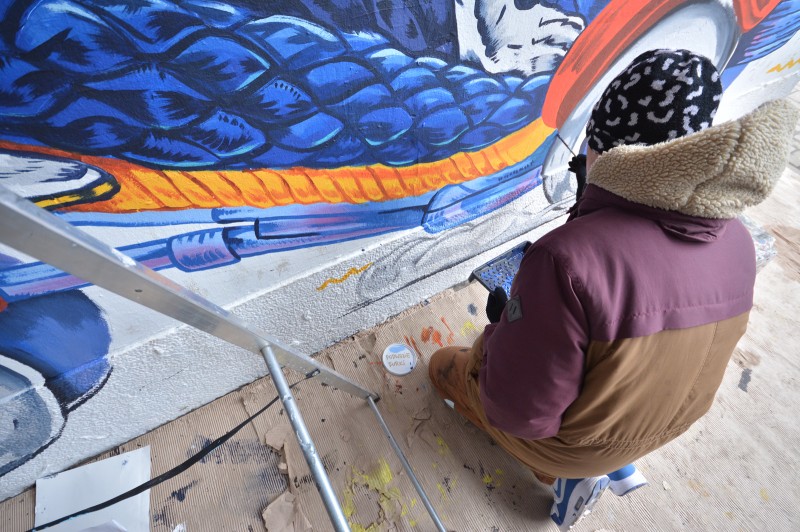 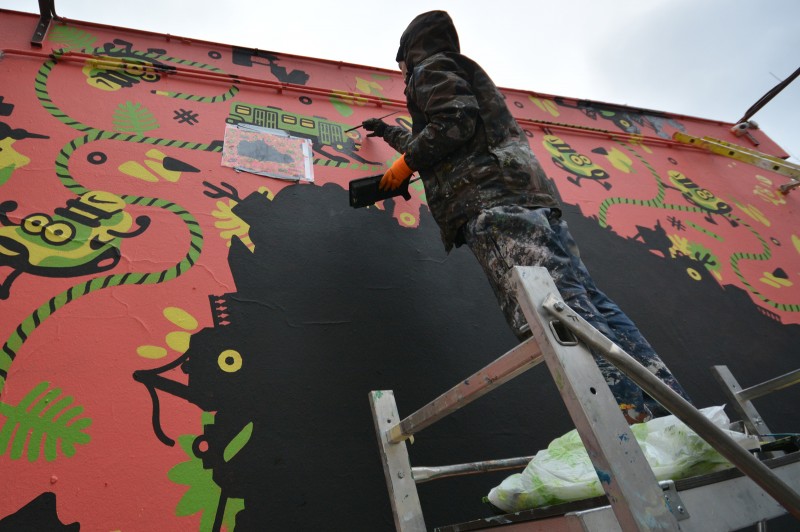 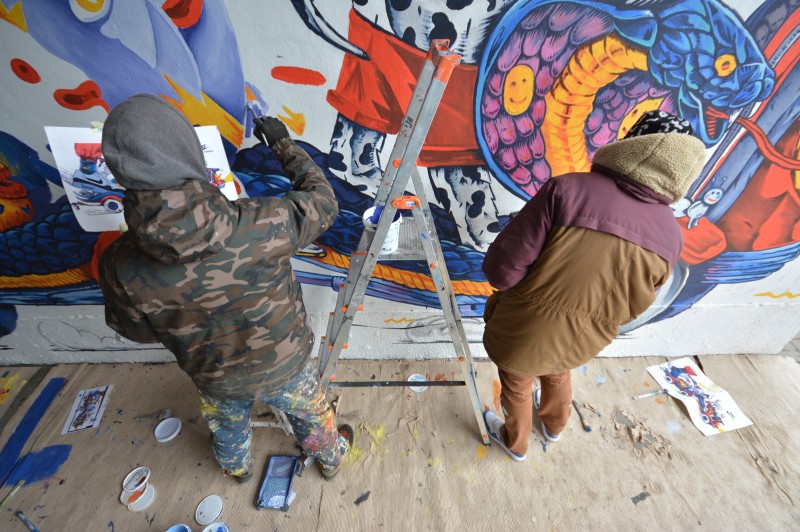 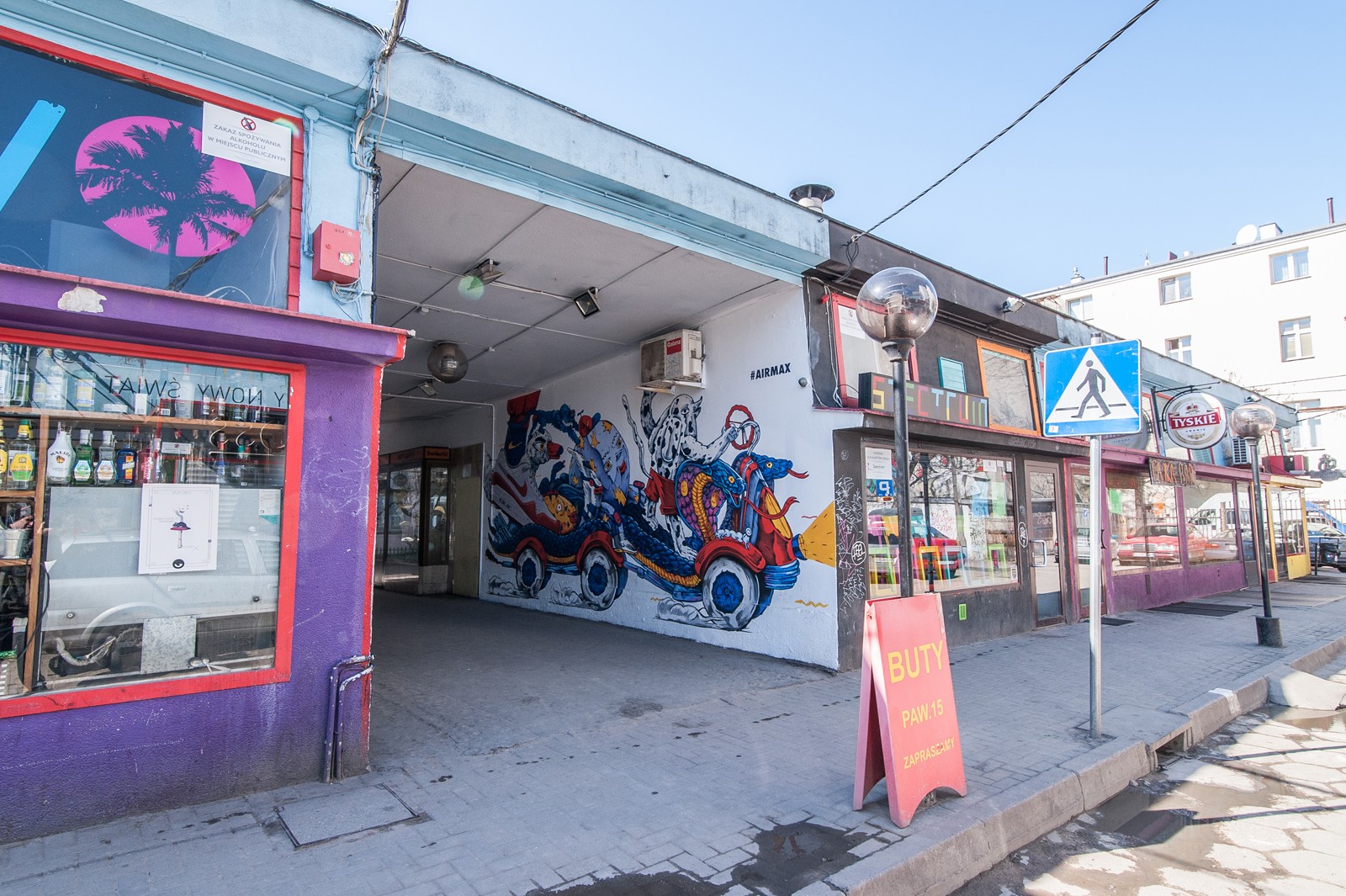