In 2014 the Polish Stock Exchange celebrated its 23rd birthday. In looking for an interesting way to celebrate this anniversary, we proposed the creation of a commemorative mural on the walls surrounding the entrance to  Centrum metro station in the heart of Warsaw.

The Warsaw Stock Exchange jubilee coincided with the 25th anniversary of free elections in Poland. We proposed painting a commemorative mural with a great timeline, which also symbolized the growing importance of the Stock Exchange in Poland.

The mural was of social character being co-created by passers-by. We invited people to describe the events of relevance to them, which were placed on special plates and attached to a painted timeline. They were also about our visions for the future of the country. The result was an amazing collage of information telling the story of hundreds of passers-by. 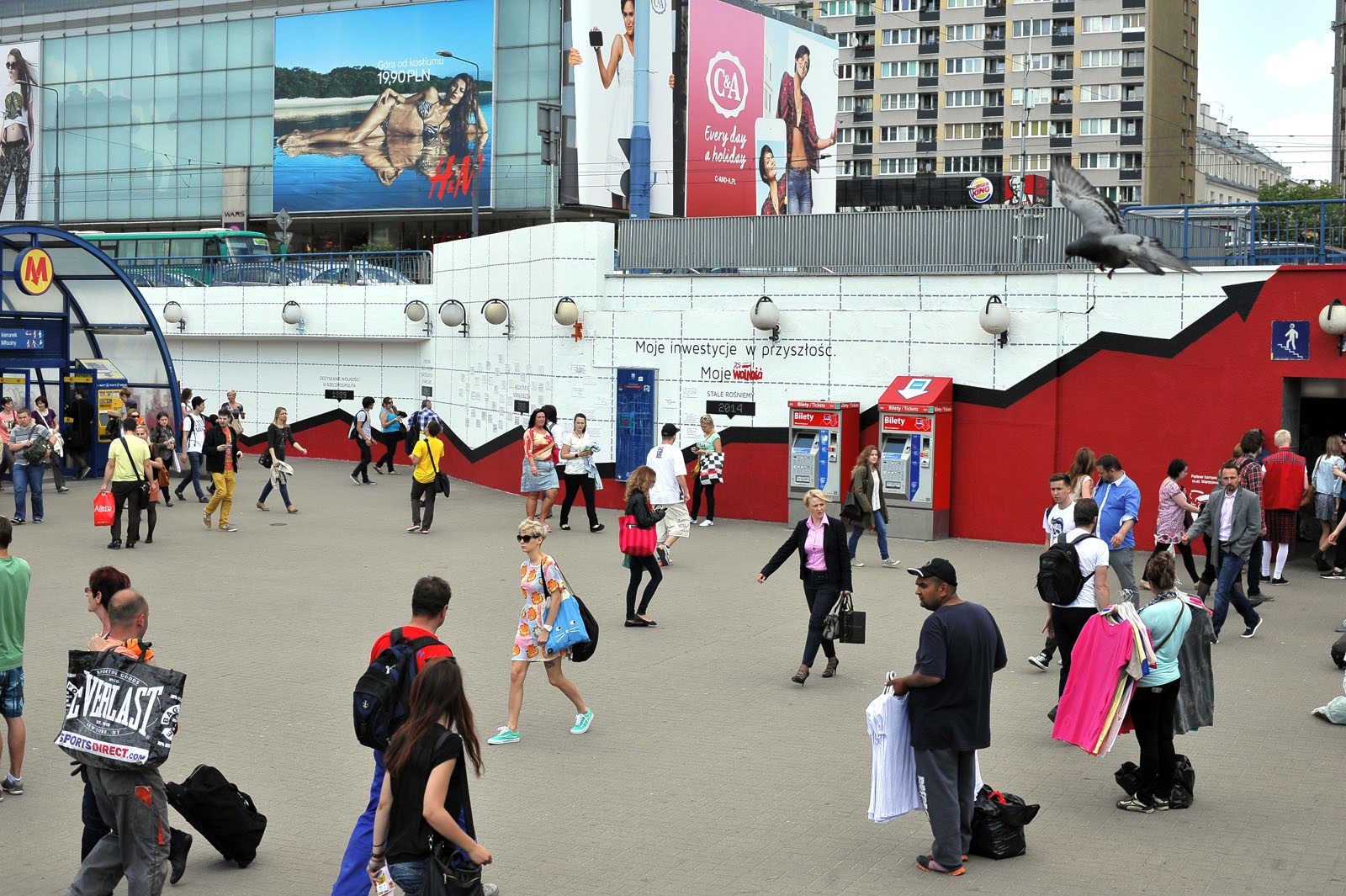 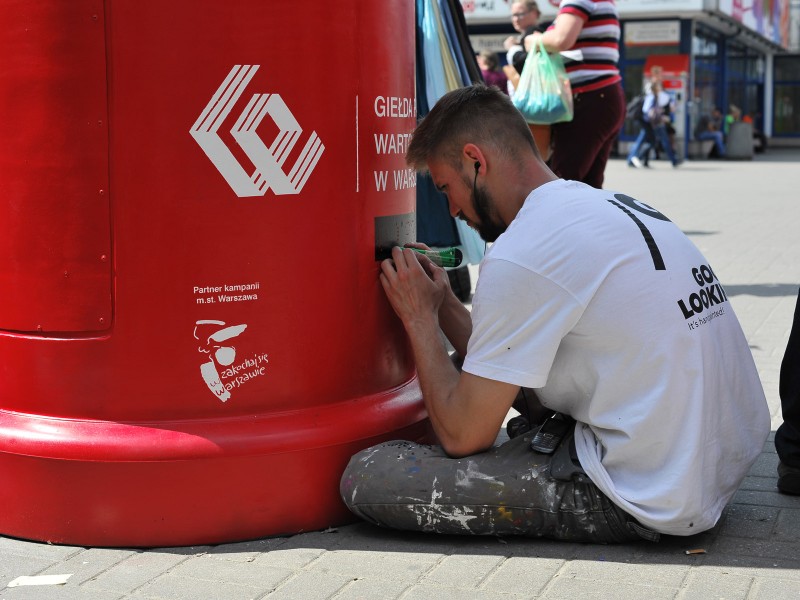 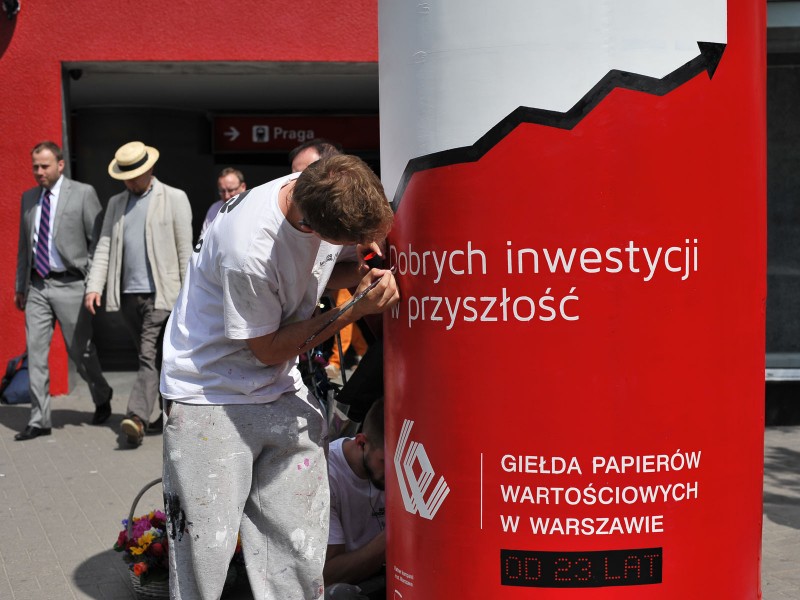 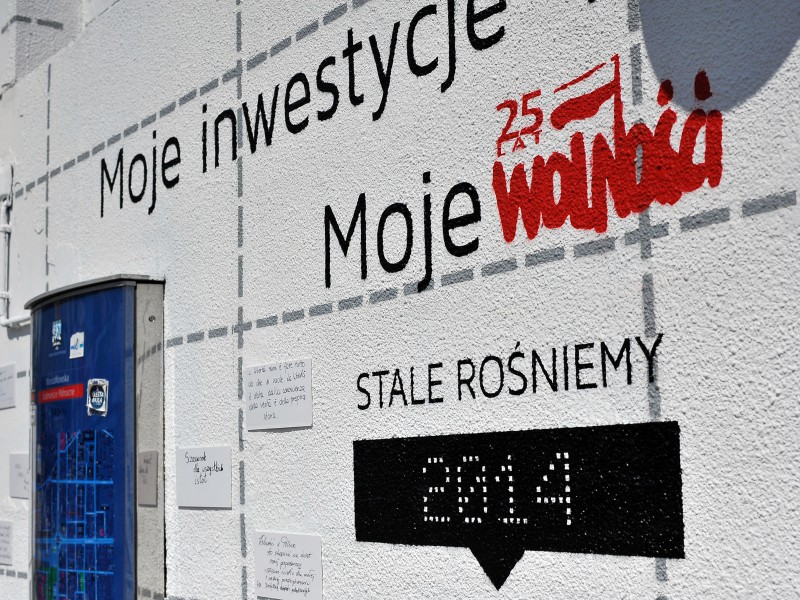 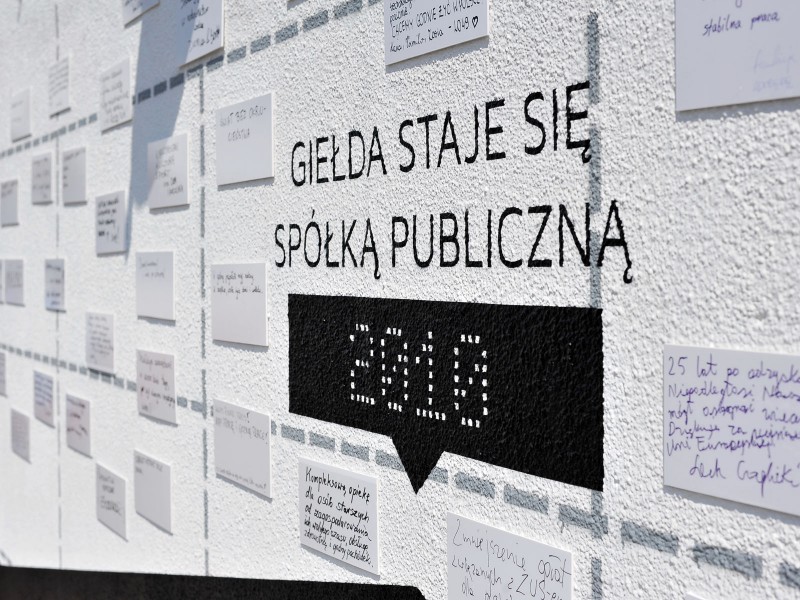 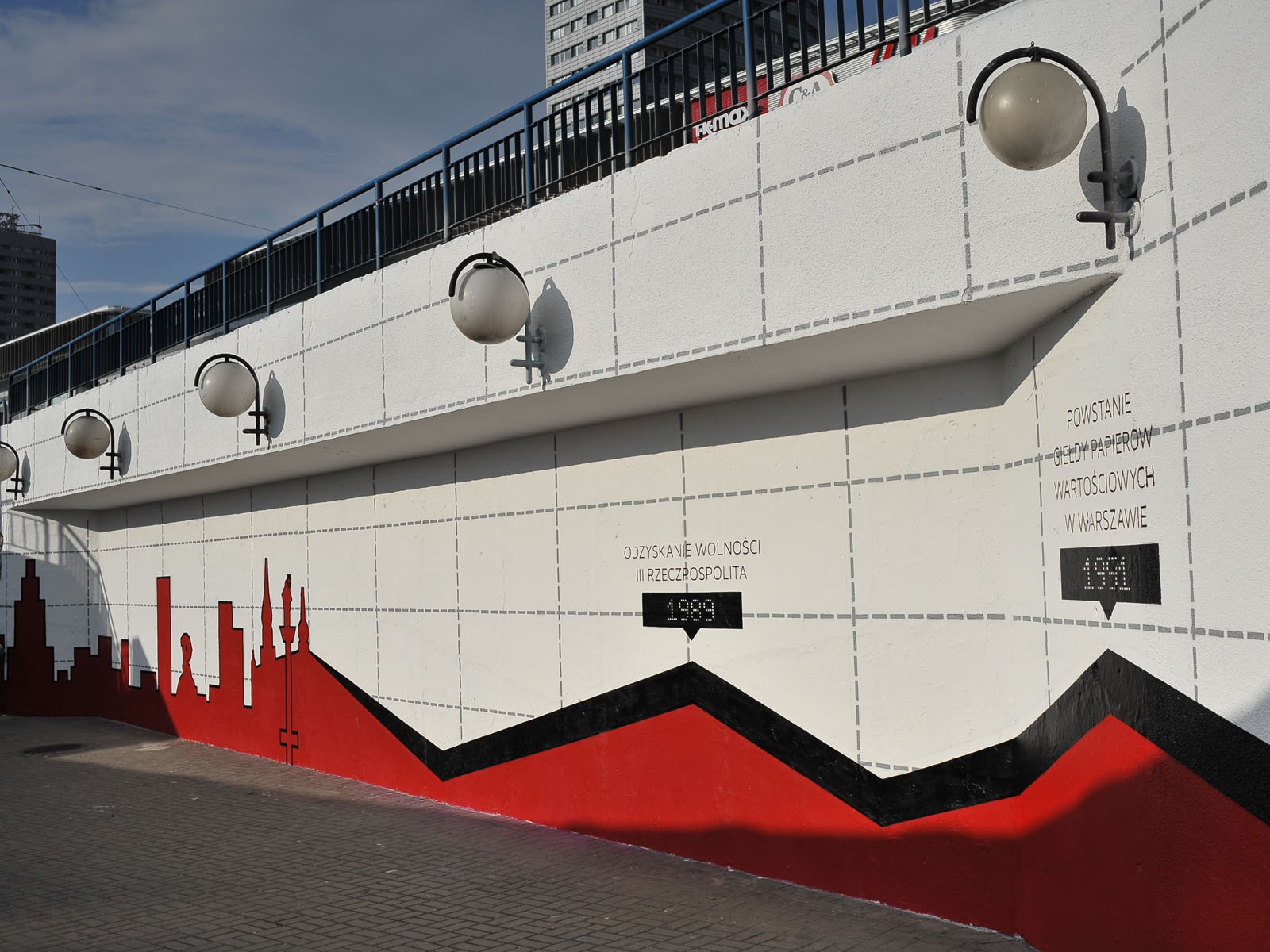